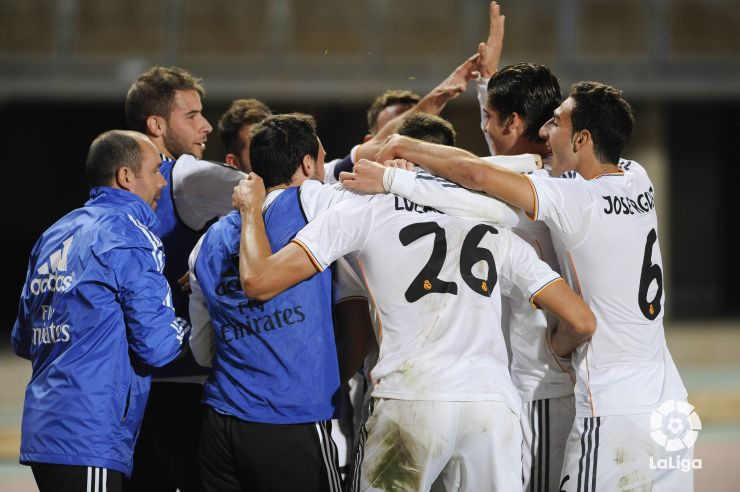 December was a perfect month for the Real Madrid reserve team after going five games undefeated.

Real Madrid Castilla is enjoying its best spell of the 2013/14 season. After a complicated start to the campaign, the Real Madrid reserve team has turned things around and, although still sitting in the Liga Adelante relegation zone, has changed its outlook. This is the Castilla revival.

The turning point for the Madrid outfit came on the 17th of November, when the team conceded six goals against SD Eibar in the Ipurua Municipal Stadium. Alberto Toril's sacking as coach, and the arrival of Manolo Díaz to the Alfredo di Stéfano Stadium bench, has given the reserve side wings. The team closes out 2013 looking like a different proposition, and with a new lease of life ahead of the New Year.

Manolo Díaz has been the driving force behind Real Madrid Castilla's change of fortunes. Since his arrival, the team has picked up 13 points from a possible 15. The Whites got two extremely valuable wins on the road against Real Jaén CF (1-0), in the Nuevo la Victoria, and UD Las Palmas, (2-0) in the Gran Canaria Stadium. The side also drew 0-0 with CD Numancia on Díaz's debut as coach, and has won twice in the Alfredo di Stéfano Stadium, against Girona FC (3-2) and Córdoba CF (3-1).

In the last four games things have improved for the team both in front of goal and in defence. Castilla has scored nine goals and only conceded three in the last five matches, making it one of the best teams during the month of December.

The squad's change of mentality and attitude has improved its situation dramatically. Closing out the year with a convincing win against Córdoba has set things up perfectly to be excited ahead of the prospect of 2014.