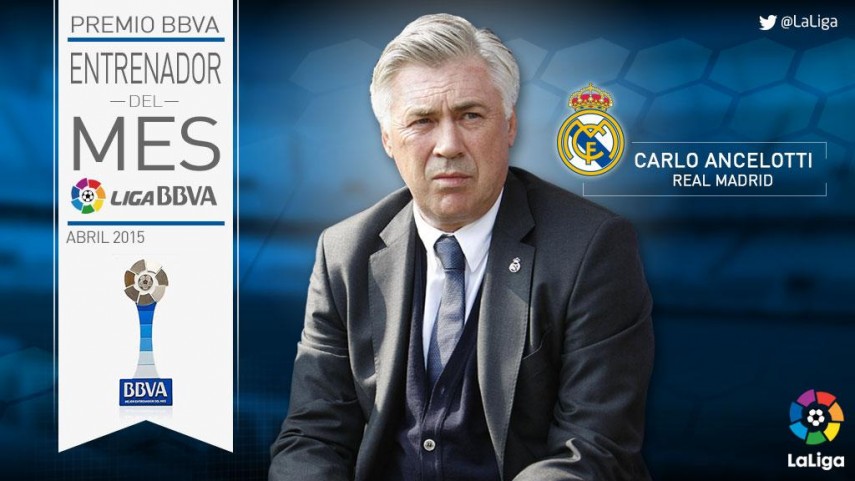 The Real Madrid boss piloted his team to six league wins out of six, with a goals tally of 24 for and just four against.

After ending March four points behind Liga BBVA leaders FC Barcelona, Real Madrid finished April just two off los azulgranas after a run of six straight wins. And the sequence of results sees Carlo Ancelotti (Italy, 10/06/1959) scoop the BBVA Award for ‘Liga BBVA Coach of the Month for April’, an accolade chosen by the website LFP.es and presented by BBVA, the league’s main sponsor.