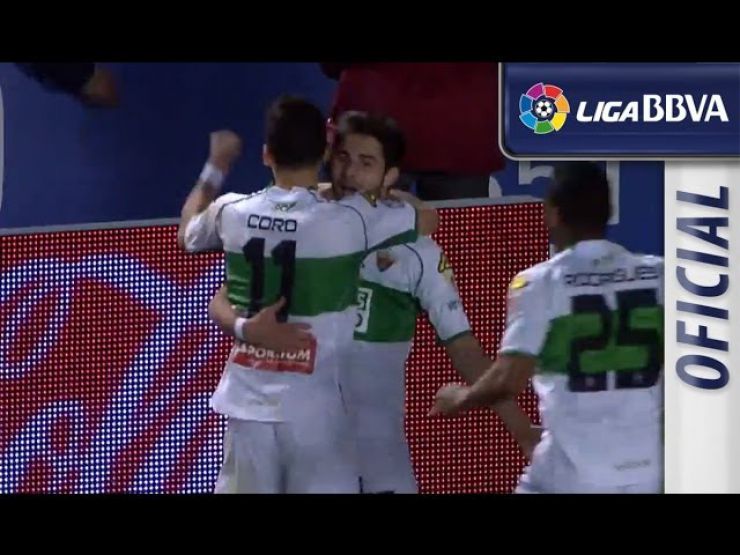 The midfielder from Valencia pocketed the winning goal in the 84th minute, the result means that Elche take a step towards the middle of the table.

Elche CF beat RC Celta de Vigo 1-0 on matchday 26 of the Liga BBVA. Despite a solid performance from the Galician side in the second half, Fran Escribá's team clinched a win that leaves them just a point behind their opponent.

Early in the match the home side controlled the ball and had two great chances for Alberto Botía and Edu Albácar, both of which struck Yoel's post. The Galician side rallied and Santi Mina, Cabral and Augusto Fernández, one of the players of the match, created danger in the home box but they had no luck in front of goal. Cristian Herrera found himself alone in front of the visiting keeper, but his header missed its target and the first half ended goalless.

Celta took to the pitch with more intensity in the second half and goalkeeper Manu Herrera had to save his team with a couple of stops that brought the Martínez Valero stadium to its feet. The celestes persistently attacked but it was Carles Gil who netted the winning goal for the home side.