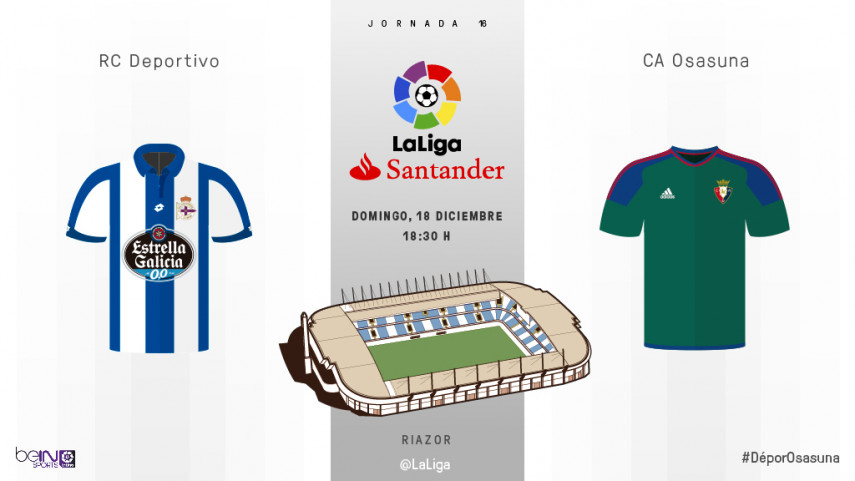 Caparros determined to give Osasuna something to smile about at Riazor

Only a win will do for Los Rojillos, currently propping up the table, whilst Deportivo will be looking to capitalise on their recent improvement with a victory.

- Gaizka Garitano's charges have been proving what they are capable of recently, having faced Real Sociedad and Real Madrid on the last two matchdays – two of the most in-form teams in the division. They produced a convincing 5-1 win in the first of those games, and in the second they fought back from 1-0 down before losing in the 92nd minute.

- Los Blanquiazules have managed three victories so far this season. All of them have come at home, with victory on the road still proving elusive.

- Only a win will do. Osasuna have lost their last five matches and have not won since Matchday 8, when they beat Eibar 3-2 away from home.

- "We need to grit our teeth and show mental strength," assured Joaquin Caparros in the pre-match press conference. Victory against Deportivo and defeat for Granada would lift them off the bottom of the table.