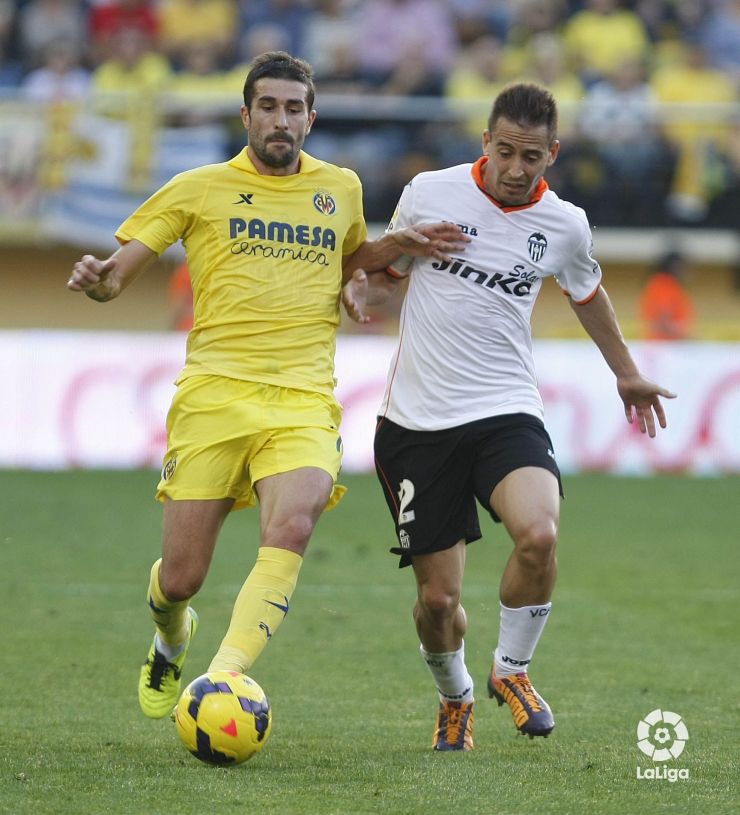 The Yellows have announced that the central midfielder’s contract has been extended until June 2017.

Villarreal CF have announced that Rubén Gracia Calmache 'Cani' has extended his contract with the club until June 2017. Marcelino García Toral will now have the services of one of the Yellow’s most emblematic and key players for the next three seasons.

The player from Aragon arrived in Villarreal in the 2006/07 season from Real Zaragoza, and this contract extension means he will have worn the yellow shirt for more than a decade. Cani is second on the all time appearance list for the Madrigal side behind Marcos Senna, having taken to the field 302 times: 202 appearances in Liga BBVA, 37 in Liga Adelante, 12 in the UEFA Champions League, 28 in the UEFA Europa League, two in the UEFA Intertoto Cup and 21 in the Copa de Rey.

The 32 year-old has been one of Liga BBVA’s outstanding performers this season, leading his side to fifth in the table. His role in Marcelino’s side is fundamental, as has the statistics show. He has started 15 times, scoring twice.

Cani could add to those numbers in the next round of fixtures, when Villarreal travel to FC Barcelona on Saturday at 20:00 in the 16th round of Liga BBVA fixtures. This will however, depend on how well he is able to recover from a knee injury sustained in the Copa del Rey tie against Elche CF.