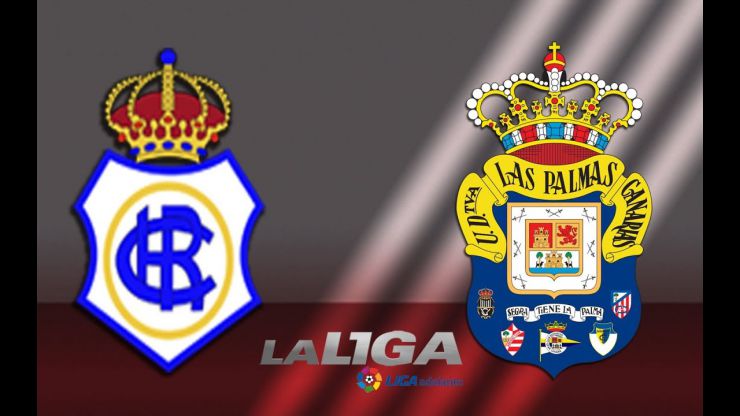 A red card in the 12th minute and a penalty condemned Recreativo to a defeat, meaning they missed out on the opportunity to finish 2013 top of the table.

RC Recreativo de Huelva will have to make do with finishing 2013 in second place after a 1-3 defeat by Las Palmas in the 19th round of Liga Adelante fixtures. Three early incidents and the attacking potency of the Canary Island side gave Sergio Lobera's side the win, moving them into the play-off spots.

The Andalusian side had Daniel Cifuentes 'Cifi' sent off early on, and were always up against it. Despite the best efforts of Sergi Barjuan, Las Palmas only needed 10 minutes to put themselves ahead thanks to a Macauley Chrisantus strike. That made Recreativo react, and they drew level two minutes later.

Las Palmas didn't stop in their quest to retake the lead before the break. Veteran Juan Carlos Valerón put the finishing touch to a great team move to give his side the lead again. The Canary Islander then went down under a tackle from Jorge Morcillo, and was taken off on a stretcher.

The second half had barely started when Nauzet Alemán put the Andalusian side to bed with a penalty, meaning they wouldn't finish the year on top of the league following RC Deportivo de La Coruña's loss to CD Numancia. Las Palmas meanwhile recorded their second win in a row and find themselves in the play-off places