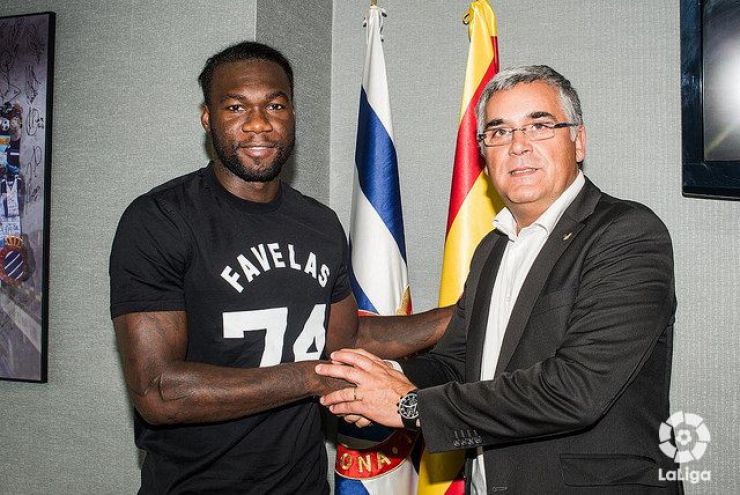 The Ecuadorian player arrives at Espanyol on free transfer and signs for the Catalan side for the next two years.

It’s official: Felipe Caicedo has made his return to the elite of Spanish football. After spells with Málaga CF and Levante UD, the strong Ecuadorian striker returns to the Liga BBVA with RCD Espanyol.

The striker, originally from Guayaquil, will enjoy his second spell in the Spanish league at the age of 25 after being given a free transfer and choosing the Blanquiazules as his team for the next two seasons.

"I hope to have a good season, meet expectations and establish myself in the Espanyol team", said the Ecuadorian forward after signing his contract with the Blanquiazules.

Caicedo also took the opportunity to mention his current manager and former team-mate during his time at Levante, Sergio González. "He was an important factor in the signing; I spoke to him a lot and when the opportunity arose it was him who persuaded me to come here", said Caicedo.