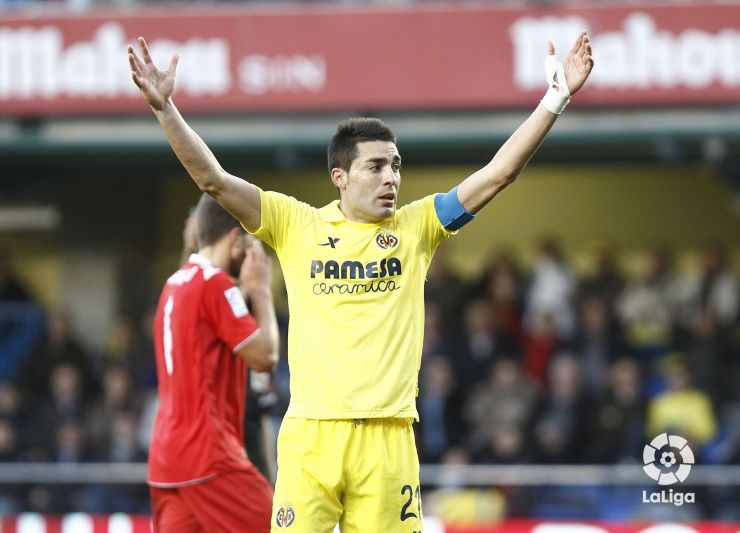 The 29-year-old Castellón native is the captain of a Villarreal side currently enjoying a fantastic season in the Liga BBVA. The Artana midfielder speaks to LFP.es.

Sometimes believing in a dream pays off. Born 20 kilometres away from Villarreal, Bruno Soriano (Artana, 1984) first started kicking a ball with aim of one day togging out for Villarreal CF. Not surprisingly, from an early age he fell in love with the Yellows. "From a young age I would go to El Madrigal with my older brother, who was a season-ticket holder. I started playing for the youth academy and being from Artana, which is very close to Villarreal, I felt right at home. I'm living the dream", the club's captain tells LFP.es.

With 274 competitive matches under his belt, and having only worn the yellow of Villarreal throughout his career, Bruno has the fourth most amount of appearances in the club's history. That makes him someone to look up to in the dressing room. While the team is currently enjoying a successful campaign, he had to take on a lot of responsibility when Villarreal was relegated to the Liga Adelante at the end of the 2011/12 season.

"That was a tough summer because Villarreal's ambitions didn't involve being relegated. Perhaps because this is my hometown club it affected me differently, I took it very badly. It was a traumatic experience for me but it only lasted a few weeks and then we started to fight in order to return to the topflight", the Spanish international confesses.

Done and dusted. The team bounced back to the Liga BBVA after an almost perfect second half of the season that coincided with the arrival of new coach Marcelino García Toral. "When Marcelino took over we noticed a change. He made his message very clear to us and from then on we went from win to win and, most importantly, we started to really compete, which is perhaps what we were lacking. We scraped [promotion] a bit, but we got there in the end", he recalls.

Occupying fifth in the Liga BBVA table, Villarreal has been one of the big revelations this season and, in the words of the club's captain, they will keep on fighting for a top-four finish. "We are full of drive and ambition and want to achieve great and important things. Initially I didn't stop to think where the team would finish. We are not tied down to any one goal. When there are three or four games to go, then we will look at our possibilities", Soriano states to LFP.es

Marcelino took charge when Villarreal was still in the Liga Adelante and little over a year later the El Madrigal fans are being treated to some excellent play from the Yellow Submarine. The captain has a clear idea of what makes the Asturian coach so special: "He's a natural winner and extremely competitive. As much as we might win matches, he never gets tired of it. He gets that across to us during training, during matches and when he speaks to us".

Finally, Bruno Soriano looks back on the Liga Adelante, the championship he competed in last season, and in which he was voted the division's Best Midfielder. He still keeps a close eye on the league. The Artana native makes special mention of how even the contest is and how exciting each matchday is. "It's very competitive. A lot of the players come from the Liga BBVA, they are quality players and at times we really struggled to get into games. This season is extremely tight, there's hardly anything separating the top of the table from the bottom and I reckon it will go down to the wire".

Villarreal is enjoying a dream season back in the Liga BBVA. With a young and ambitious squad, Bruno Soriano has become one of the men to look up to in the dressing room. He is a role model a lot of his teammates' look to emulate.