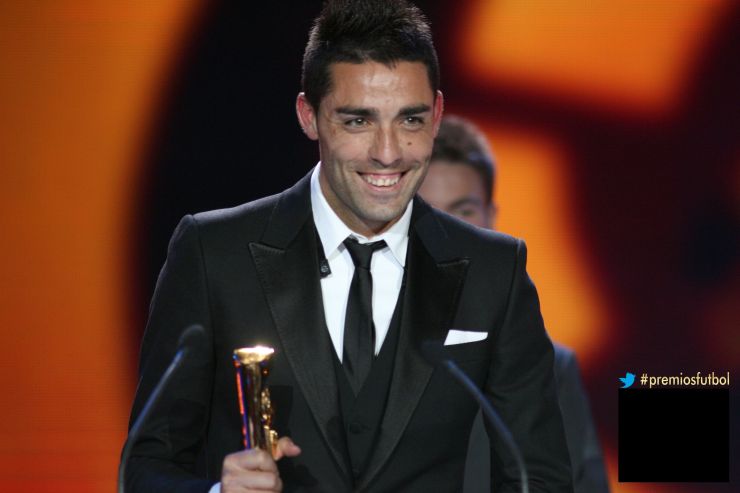 The Villarreal player led his side to Liga BBVA with brilliant performances in the centre of the park.

Bruno Soriano is the heart of Villarreal CF. Having been at the yellow side for more than eight seasons he continues to lead by example from the middle. His actions last season have seen him pick up the prize ahead of Miguel Ángel García 'Corona' (UD Almería) and Alberto Rivera (Elche CF). "I would like to dedicate this award to the people of Villarreal and to all my peers who were nominated with me", commented the midfielder.

Coming through the Villarreal youth ranks, Bruno made his senior bow on the 1st of October 2006 in a match against RCD Mallorca. Until that moment, he had only previously played for Artana CF de Castellón and Villarreal’s second string. Loyal to the same shirt for over a decade, Bruno has always been a key figure at the club.

Possessing flawless technique with the ball at his feet, and exquisite vision and a great ability to organise a team, Bruno is a key player for Marcelino García Toral. All qualities which have seen him earn four Spain caps.

His performances last season helped Villarreal secure their return to Liga BBVA. He is the foundation of the side and around him they have built a team more than ready for the top level of Spanish football, with Villarreal one of the revelations of the 2013/14 season.