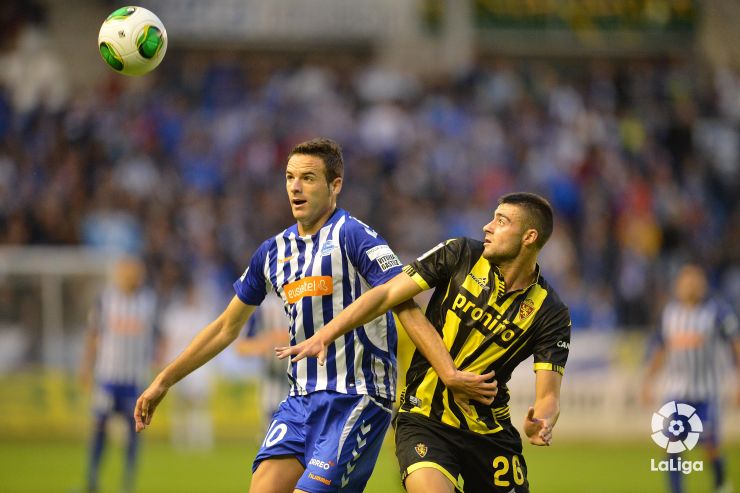 Bringing experience and goals to Alavés

Borja Viguera's goal-count for the Basque side has been one of the club's greatest assets upon its return to the Liga Adelante.

After four years in the shadows, Deportivo Alavés' returned to the Liga Adelante with renewed energy and a desire to aspire to greater things in Spanish football.

Although the Basque outfit has not taken to the competition as the fans in the Mendizorroza would have liked, the contributions in front of goal of Borja Viguera, one of the team's strikers, have given the club reason for hope.

The ten goals scored by the player from Rioja this season have given Alavés eleven of its 14 points in the 2013/14 Liga Adelante 2013/14. In his team's last seven matches in the competition Borja Viguera has only failed to find the net once, when the side lost 1-0 to Real Madrid Castilla.
However, these kinds of numbers from the forward have come as no surprise to his colleagues at the club. Last season Viguera scored 18 goals to help promote his team, making him one of the competition's top goal-scorers.

After starting his career in the lower ranks of Real Sociedad de Fútbol, the 26-year-old player wore the colours of Gimnàstic de Tarragona and Albacete Balompié. However, his time at Alavés is proving to be his most lucrative in front of goal.

Fans of the team from Vitoria have more than enough reason to be happy about their return to the Liga Adelante. As long as Borja Viguera is spearheading the attack, they have goals and experience guaranteed.