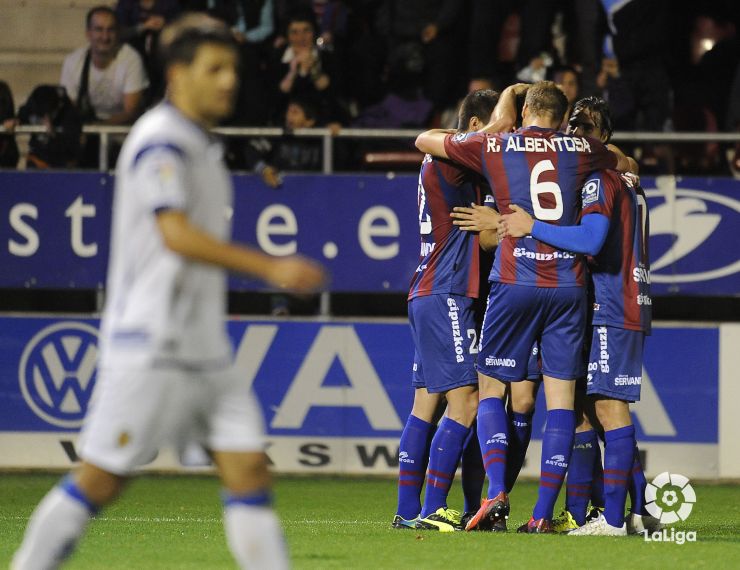 The armeros, who have never played in the Liga BBVA, currently lie in third place and are having their best season since 2004/05.

SD Eibar has been turning heads on its return to the Liga Adelante. It leaves behind it four seasons in the Segunda División B, time during which it built up the strength required to return to the elite withconfidence. The armeros are ready to make history and so far they are on the right track: they are in third position with 35 points.

As a result of their impressive campaign, the city of Eibar is dancing on the roofs. In the club's 73 year history, the only season comparable to their current campaign is that of 2004/05, when the side that was coached by José Luis Mendilibar ended the first round of matches with 37 points and had a chance of promotion to the Liga BBVA in its last match. That time around it was not to be, but Gaizka Garitano's men are convinced that this could be their season. And they have the chance to demonstrate it in their next match against CD Numancia.

Also, the side from Gipuzkoa is the only one of the Liga Adelante's top tenwith no experience in the Liga BBVA. Even so, and having played the last four seasons in the lower divisions, they are now in one of the coveted playoff spots and they have their minds set on making history.