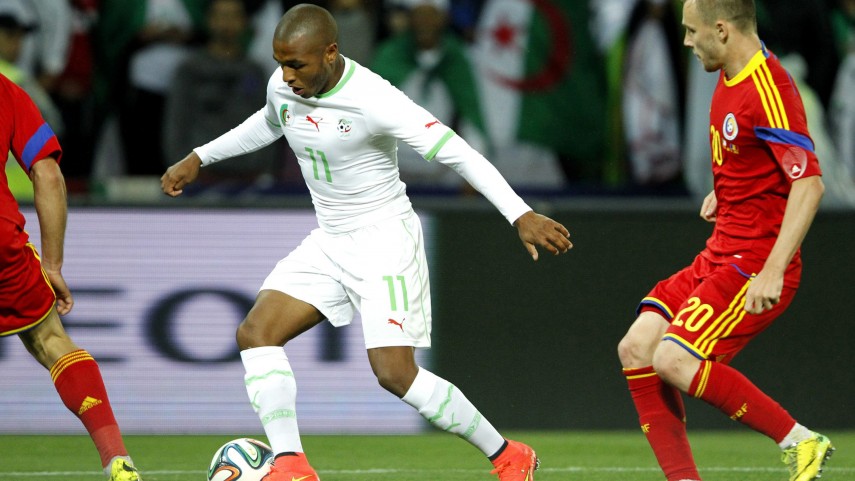 The two players, both stars of their respective Liga BBVA teams, are about to represent their country at the World Cup in Brazil.

The Liga BBVA is also playing at the FIFA World Cup. 64 players who make their living on Spanish soil are currently in Brazil with their national sides, fighting for the dream of being crowned the twentieth World Cup champions. Such is the case of Yacine Brahimi and Sofiane Feghouli, two members of the Algeria squad.

Both men are very well known in Spanish football. One of them is a Granada CF striker, while the other patrols the wing in the Mestalla, home to Valencia CF, the team he joined after a spell at UD Almería when he arrived in Spain. They are now tasked with producing good performances in Group H at the World Cup, where they will be facing Ghana, the USA and Thibaut Courtois’ Belgium.

Brahimi touches down in South America with 35 matches under his belt in the recently-completed Liga BBVA season. An incisive winger who has great vision when deployed as an attacking midfielder, he has also shown that he can contribute to the strikeforce, scoring three goals in the Spanish topflight. Despite his 24 years, the Paris-born midfielder is prepared to dig deep as he seeks to create chances for Algeria.

The player who was named Algeria’s best in 2012, is also about to take part in a World Cup at just 24 years of age. His performances nearly led to a UEFA Europa League final, but a Stephane M’Bia goal stopped him in his tracks. Now he will seek to make the most of his experiences to etch his name into World Cup history.

This will be Algeria’s fourth participation in the football World Cup. The side managed by the Bosnian Vahid Halilhodžić will be looking to get through the group stage for the first time in their history and a large part of that objective depends on the ‘Spanish’ duo producing the goods up front in Brazil.