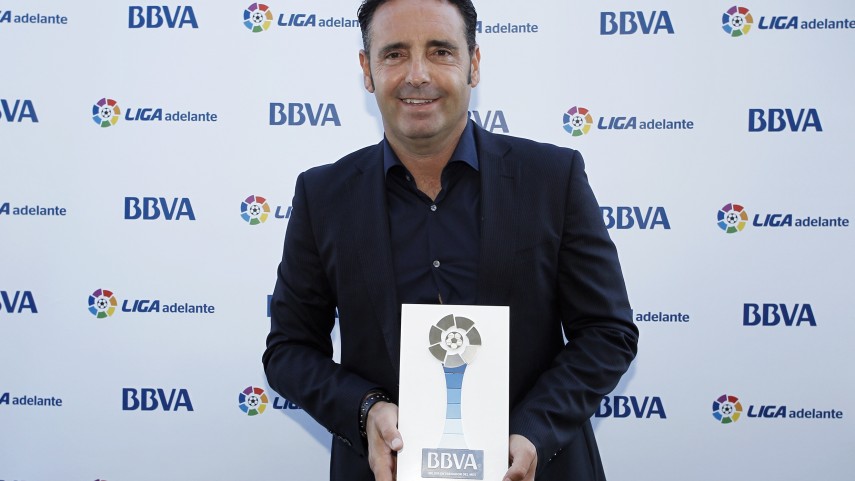 Bordalás, the best Liga Adelante manager in May

Alcorcón's coach produced a clean sweep last month, with four wins in as many matches.

José Bordalás, AD Alcorcón's manager, has been given the BBVA Award for the best Liga Adelante manager in May, which is presented by the main sponsor of the Liga de Fútbol Profesional.

The Alfaferos’ coach had a magnificent month in which his side won all four matches played during the 31 days of the fifth month of the year. Once they had ended their poor run of form in the Estadio de Santo Domingo, the victories seemed effortless and the side from the capital has come out on top of all three home games since the start of May.

The first of those wins came through a single goal against a tough opponent, Real Sporting de Gijón. They added to that with another 1-0 against CD Lugo, and finally recorded a 2-0 victory over CD Mirandés. The 2-1 win on the road to Hércules CF completed the quartet of victories, taking them from seventeenth to tenth place with 56 points and giving them a chance of reaching the playoffs.

The recent arrival of the manager at Alcorcón has led to their most successful month since the start of the season, a timely reaction which is telling of Bordalás’ vast experience. This is his second spell in the dugout at the Madrid side.