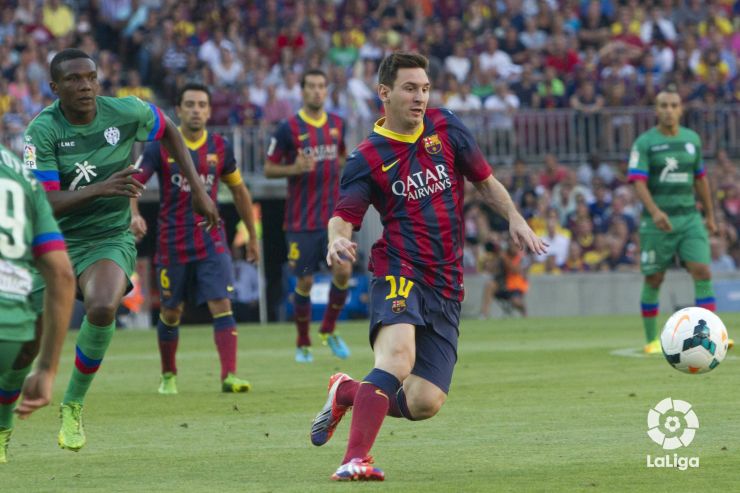 Big names back for Barcelona and Atlético

Messi and Raúl García are over their respective injuries and have returned to full training ahead of the ninth round of Liga BBVA fixtures.

The sides at the top of Liga BBVA, FC Barcelona and Club Atlético de Madrid, welcome back two very important players just in time for the next round of fixtures. Lionel Messi and Raúl García have returned to training with their teammates.

Barça’s Argentine star has recovered from the thigh problem he sustained against UD Almería, an injury that kept him out of the league match against Real Valladolid CF and the UEFA Champions League tie against Celtic FC. Carles Puyol and Javier Mascherano are also back training with the group.

For his part, Raúl García was given the medical all clear last Tuesday following a sprained ankle suffered against FC Porto in the Champions League. Diego Simeone will have the central midfielder back for his side’s away trip to RCD Espanyol on Saturday.