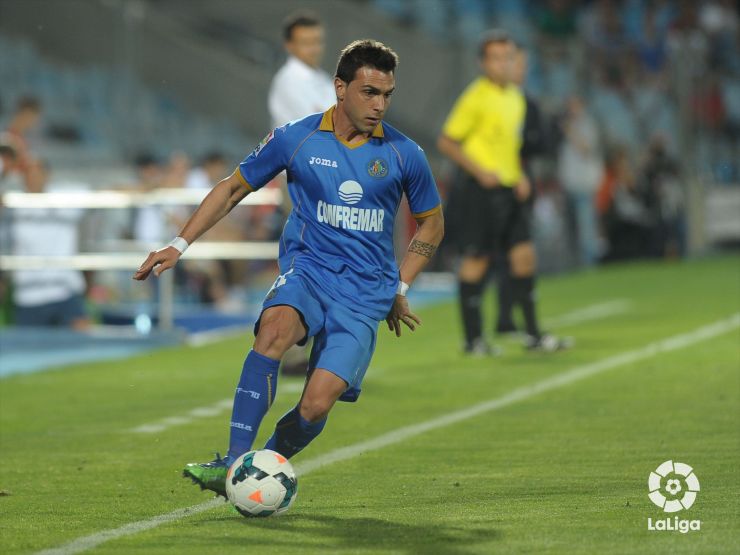 Betis will put Getafe’s good run to the test

The Green and Whites travel to the Coliseum Alfonso Pérez to face an inspired Getafe side that has won its last two home games.

Getafe CF play host to Real Betis Balompié for matchweek eight of the Liga BBVA season in what will act as a good test for an in form home side as it takes on a team fresh off the back of drawing in the UEFA Europa League.

Luis García Plaza’s men have won their last two matches in the Coliseum Alfonso Pérez, as well as coming away from Catalonia with a 2-0 win against RCD Espanyol in their last outing, so will be looking to continue their positive run against Betis. New signing, Ciprian Marica, is the biggest inclusion for the Madrid side ahead of Sunday’s game. The Getafe coach was full of praise for the Betis squad and assured that his side "has to give its all in order to win".

Meanwhile, the Andalusians will travel to the Spanish capital without Rubén Castro and Salva Sevilla, the latter of whom suffered a contusion during Thursday’s Europa League encounter with Rijeka. Markus Steinhöfer, Jordi Figueras, Juan Carlos, Nono and Braian Rodríguez will not travel with the squad due to a technical decision. "Games against Getafe are always difficult. We have had good and bad results against them in the past. We’ve faced each other numerous times. It will be a very tough match", Pepe Mel declared in his pre-match press conference.