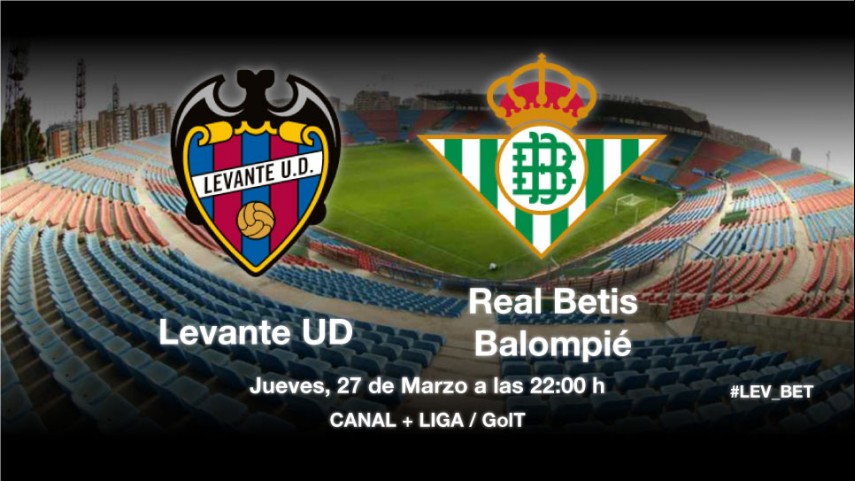 Betis test their pride against Levante

The side from Seville will be looking for a victory that would keep alive their hopes of another season in the Liga BBVA as they visit the granotas.

Real Betis Balompié must put its UEFA Europa League disappointment, as well as the last defeat at the hands of Club Atlético de Madrid, behind it when it visits Levante UD on matchday 30 of the Liga BBVA, a match in which the pride of staying in the competition is at stake.

The home side, who are coached by Joaquín Caparrós, have played three matches on the trot without a win, but they are still in the middle of the table and nine points below the positions that offer UEFA Europa League football. "If we beat Betis, we will move a step closer to achieving our main objective', said Juanfran, full-back and captain of the granotas.

For their part, the Andalusians managed by Gabriel Humberto Calderón will be in search of a turning point that could keep their hopes of salvation alive. A goal that, at the moment, is ten points away. "We are aware of the situation we find ourselves in. I am still taking it match by match. Each match is the last for me", stated the Argentinian coach, who will have to reshuffle his defence due to a number of absentees.