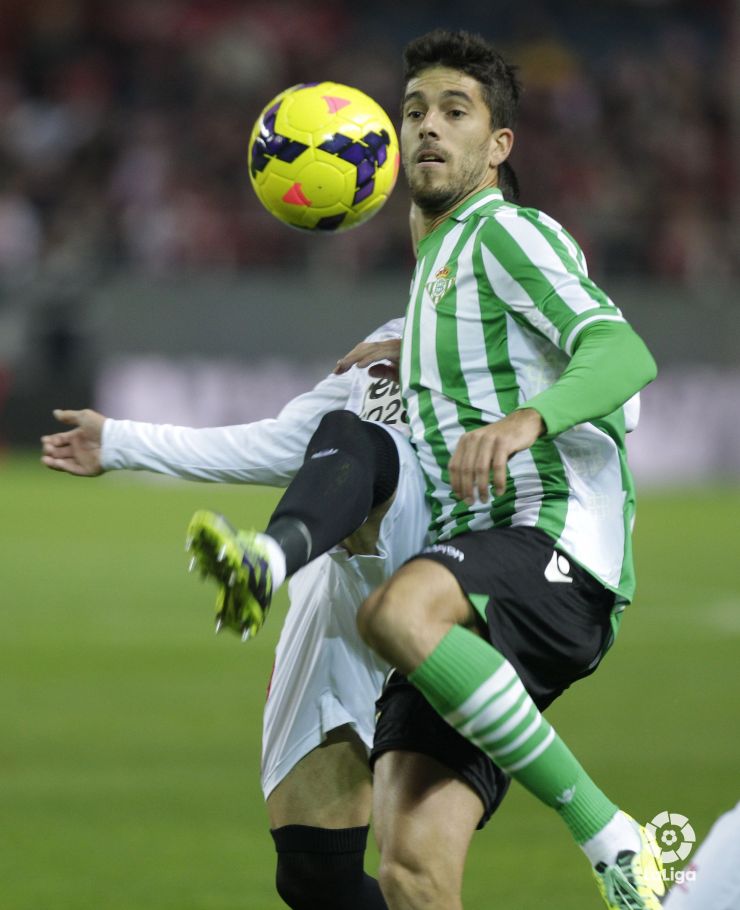 The left-back has broken a bone in his left leg while the academy player has sprained his left knee.

Real Betis Balompié will now face the final stretch of the Liga BBVA without two of its defenders after the confirmation of the injuries of left-back Dídac Vila and academy player José Antonio Caro.

According to the Andalusian club, Dídac suffered a "fracture in his left tibia" in the match against Elche CF, and he is expected to be immobile for 40 days before being able to start rehabilitation. For his part, the defender from the lower ranks of Betis has "a grade II sprain of the tibial collateral ligament in his left knee", meaning he will be sidelined for "a month and a half".

If they recover as expected, both players will return to the team for the last three Liga BBVA matches, which take place during the first weeks of May. The side's next match is against Sevilla FC in the second leg of the last sixteen in the UEFA Europa League in the Benito Villamarín stadium, where Gabriel Calderón's men will start with a 2-0 lead from the first leg.