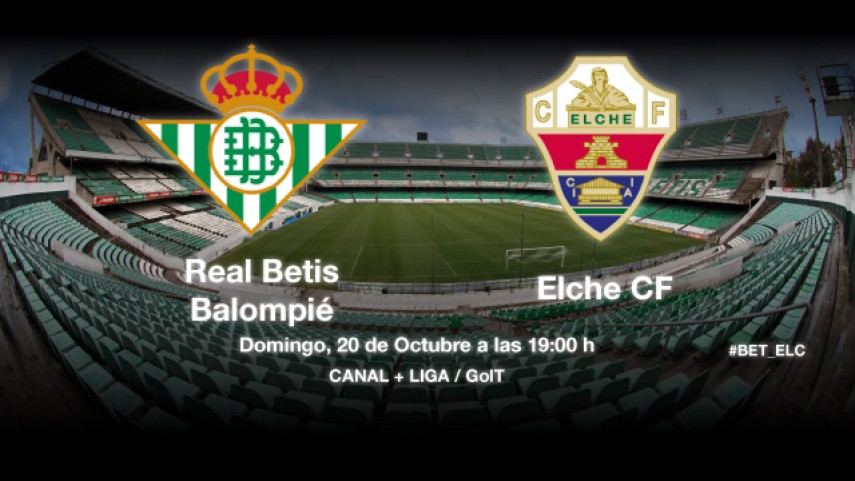 Betis looks to bounce back against Elche

The Andalusian side, after its defeat to Getafe, will be looking to take three points from a team coming off two consecutive victories.

Real Betis Balompié, afters its latest defeat, is bidding to ride the wave of its good home results and beat Elche CF, who have one more point in the Liga BBVA. This seasonthe Andalusian outfit has only lost one match in the Estadio Benito Villamarín.

The White and Green's manager, Pepe Mel, will be without Xavi Torres due to a fibula injury, and Rubén Castro, the team's only two absentees. Even so, the manager of Betis was positive when talking about Sunday's clash: "If we win we will have the peace of mind of the mid-table. If we think about losing, we will probably lose. We have to think that this will be a very positive match for us".

For their part, the visitors will travel to Sevilla without Cristian Sapunaru and Edu Albacar, who are still recovering from their respective ailments. The rest of the squad is raring to go for the match, according to Elche's coach, Fran Escribá: "This week the team had its best training session and we are approaching the match with the intention of getting something out of it".