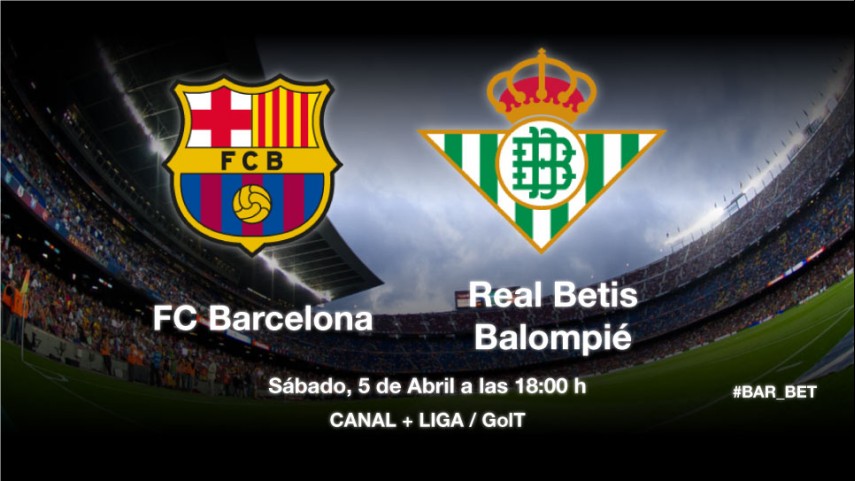 The last-place team’s need for points could become a problem for Barcelona, who do not want to lose touch with the Liga BBVA title race.

FC Barcelona and Real Betis Balompié will provide a game of contrasts on matchday 32 of the Liga BBVA, in which a victory is vital for both teams.

The blaugrana is lying in second place and hot on the heels of the leader, Club Atlético de Madrid. With such a tight end to the season, 'Tata' Martino’s men are well aware that they cannot slip up now. "We have 12 matches ahead of us and it is up to us to win the three competitions", stated the Argentinian coach. Carles Puyol returns to a squad that is missing the suspended Jordi Alba and Gerard Piqué, Víctor Valdés, Jonathan dos Santos, Isaac Cuenca and Ibrahim Afellay, all of whom are injured.

Betis are running out of chances to save themselves and they have to be on form in order to record a victory over Barcelona and start to climb up the table and abandon the danger zone. The squad has not lost faith and is confident of causing an upset against Barça. "Of course we can cause an upset in the Camp Nou", stated their manager Gabriel Calderón.