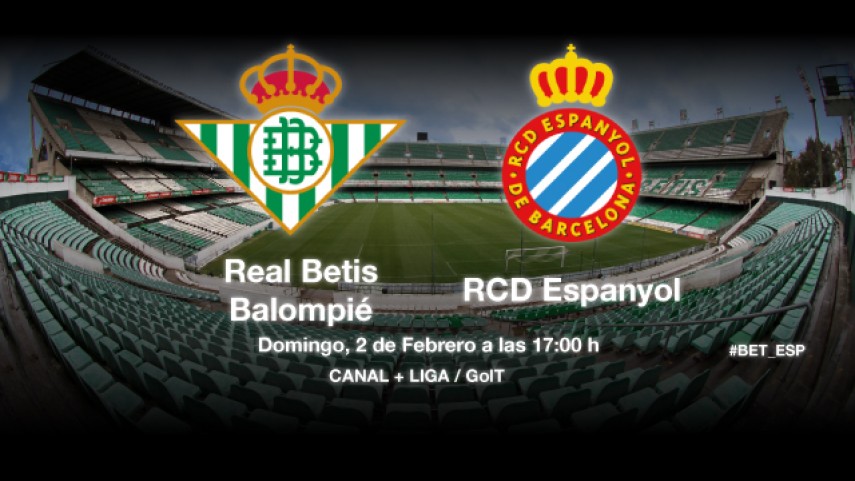 Betis desperate to pick up points

The Andalusians play host to an Espanyol side looking to inflict even more pain on the League’s bottom-placed team.

Real Betis will go into matchday 22 of the Liga BBVA with the mentality that it is the first of 17 games they have left to ensure salvation. The venue for this attempted revival is the Benito Villamarín against an Espanyol side that currently lies in mid table.

The home side, now under the stewardship of Gabriel Humberto Calderón, has gone three matches without picking up a single point, meaning that a victory against the Catalans would be a hugely significant result. "We will treat it like a life and death match", is how the Argentine coach described the squad’s attitude heading into this crucial game, which will include recent arrivals Antonio Adán and Alfred N'Diaye.

Meanwhile, Javier Aguirre’s team come into this clash on the back of a good run of form which has seen them take four points from the last six available. A win for Espanyol would see them climb closer towards the European places. The away side’s midfield and defence will be bolstered by the returns of Simão Sabrosa and Juan Fuentes, both of whom missed last week’s Copa del Rey clash against Real Madrid. "We have to continue racking up points if we want to reach our objective", the Mexican coach stated in his pre-match press conference.