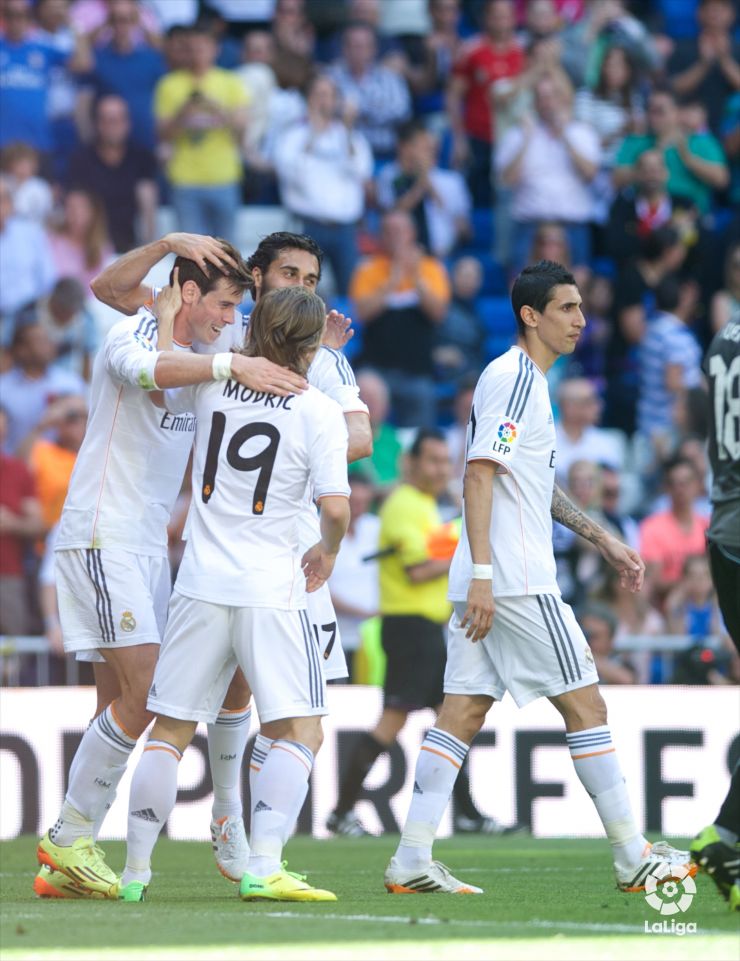 Bernabéu closes shop for the season with a victory

Real Madrid saw off Espanyol with an Álvaro Morata brace and a Bale goal, and finishing third in the league.

Real Madrid CF closed the 2013/14 season with a victory over RCD Espanyol (3-1). Los blancos could now finish the Liga BBVA campaign second but will have to wait to see how the clash between FC Barcelona and Club Atlético de Madrid goes.

The match got off to a slow start with little in the way of chances and with both sides being sloppy with possession. Real Madrid, who at the last minute decided not to risk playing Cristiano Ronaldo, were unable to find an effective way of testing Kiko Casilla in the Espanyol goal. The away side failed to create many chances either. The best chance in the first half came just before the break when a Simão shot was blocked by Dani Carvajal. Gareth Bale was the liveliest Real Madrid player and used his blistering pace, as well as his ability from dead ball situations, to try and give Carlo Ancelotti’s team the lead.

The second half got off to a better start. Kiko Casilla thwarted Madrid’s best efforts on goal, with his save from a left footed Ángel Di María shot standing out. Eventually the deadlock was broken, when Karim Benzema found Bale who opened up the scoring by shooting the ball across the face of goal and into the bottom left-hand corner. Javier Aguirre could have drawn level but Pizzi failed to trouble Iker Casillas with a volley. Real Madrid extended their lead with two goals from Álvaro Morata near the end, while Pizzi managed to pull one back for Espanyol.