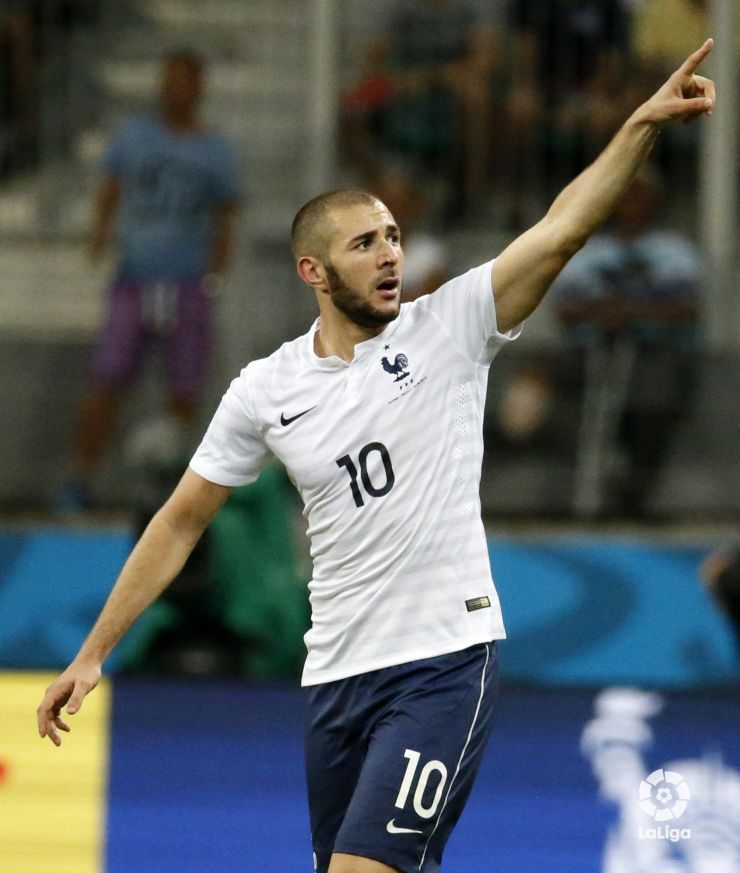 LFP.es has compiled the scores from several Spanish publications in an analysis of the Liga BBVA and Liga Adelante players at the World Cup.

After the second round of group matches at the 2014 FIFA World Cup, three LFP strikers still top the ranking of the best Liga BBVA and Adelante players at the spectacular event in Brazil.

The second round of matches confirmed the excellent form of Karim Benzema and his French team. The Real Madrid CF striker tops the ranking with an average score of more than 8.5, beating his closest rivals, Gio Dos Santos and Neymar.

In fourth place lies Alexis Sánchez. The FC Barcelona forward was one of Chile’s best players in their 2-0 defeat of Spain and is closing in on the top three. He is followed by his teammate Lionel Messi, who was critical once again for Argentina in their complicated clash with Iran. Yacine Brahimi is also worth a mention as his performance in Algeria’s 4-2 win over South Korea has moved him into the top ten.

As for the ‘LFP All-Star’ team, the scores from the various publications used by LFP.es have led to a few changes after the second group matches. Costa Rican player Keylor Navas, keeper for the tournament’s surprise package, is still in goal, while the defence includes Héctor Moreno, Raphaël Varane and newcomer Francisco ‘Gato’ Silva. Croatian players Ivan Rakitić and Luka Modrić remain in the midfield, this time alongside Brahimi and UD Las Palmas player Masoud Shojaei. The strikeforce is still led by the top three players in the LFP ranking: Benzema, Gio and Neymar.