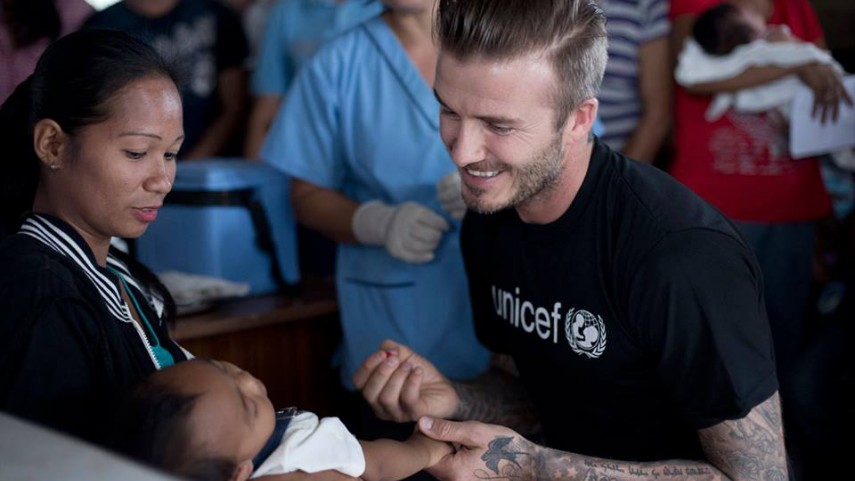 Beckham joins forces with UNICEF in the Philippines

The ex-Real Madrid player, and UNICEF Goodwill Ambassador, visited some of the children affected by Typhoon Haiyan.

David Beckham has once again shown his caring side on his visit to Tacloban, the area hardest hit by Typhoon Haiyan. He made the trip with UNICEF, with whom he has collaborated as a Goodwill Ambassador since 2008.

This time it was the kids who were able to share a few hours of fun with him. The ex-Real Madrid player visited the schools and hospitals in the area, showing his affection for the children affected by the catastrophe that hit last November.

These are the same children that enjoyed the generosity of Spanish fans and their contributions to the initiative of the Fundación de Fútbol Profesional, the LFP, UNICEF and numerous Liga BBVA and Liga Adelante clubs, the Champions for Life match, which went towards the cause to help the most needy. The initiative raised a total of 50,000 euros, which went towards various Fundación LFP and UNICEF projects.