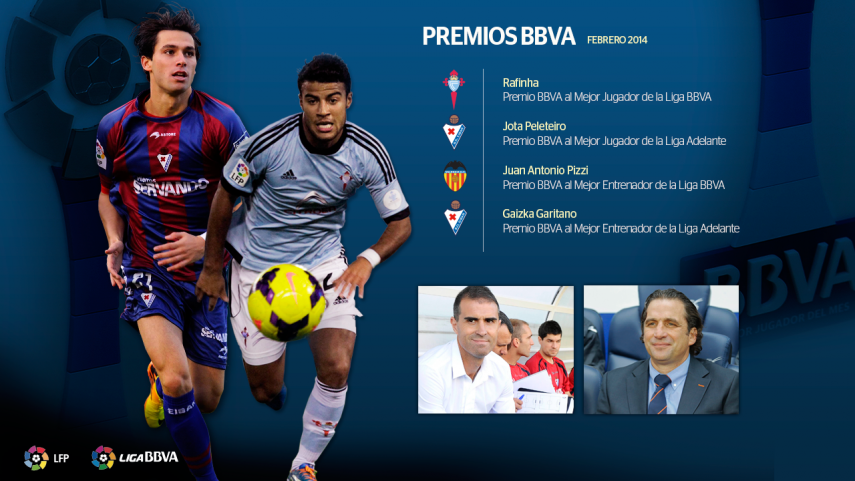 The Liga de Fútbol Profesional’s main sponsor has announced the managers and players of the month for February from Liga BBVA and Liga Adelante.

The winners from Liga BBVA are Valencia CF manager Juan Antonio Pizzi, and RC Celta de Vigo’s central midfielder Rafael Alcántara ‘Rafinha’. The Argentine manager, who is making his debut as a manager in the championship this season, has taken the ‘ché’ close to the European spots with an excellent run of results in February. The Galician side’s midfielder, for his part, remains one of the season’s breakthrough players and is the cornerstone of a Celta side that are daring to dream.

In Liga Adelante, SD Eibar once again take the honours. Their manager, Gaizka Garitano, is the BBVA manager of the month for the third time this season after keeping the Basque side at the top of the table. Attacking central midfielder Jota Peleteiro takes the player of the month gong as his side managed 10 from 12 available points in February.