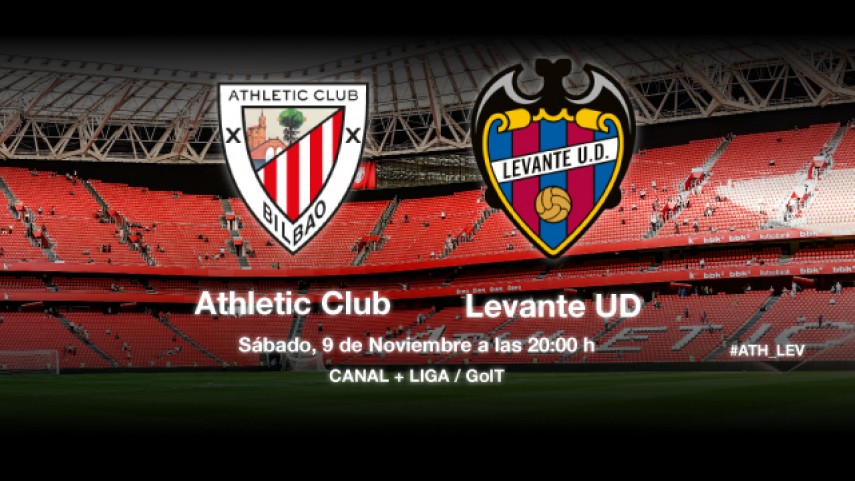 Athletic and Levante will go head to head at San Mamés with one eye on the continental spots.

This Saturday Athletic Club and Levante UD will face off in a match where they will put their European credentials to the test.

San Mamés is the venue for the fixture between Athletic, who sit fifth with 20 points, and Levante who sit two points away from the European places in eighth. The match has an added spice as the visitors are the last away side who took three points at the old San Mamés, and they will loforgo repeat the feat with Bilbao old boy Joaquín Caparrós on the bench.

Athletic manager Ernesto Valverde will be without Kike Sola, who has suffered a recurrence of a muscle injury, and Mikel Balenziaga. Youngster Guillermo has been called into the squad. "After the Madrid game, we're obliged. After playing so poorly we need to do something. At San Mamés we've tried to always take the initiative. We are obliged to do so".

Joaquín Caparrós, meanwhile, has a full squad available except for Miguel Pallardó. Also, Baba, Chris Lell and David Navarro have been left out of the squad.