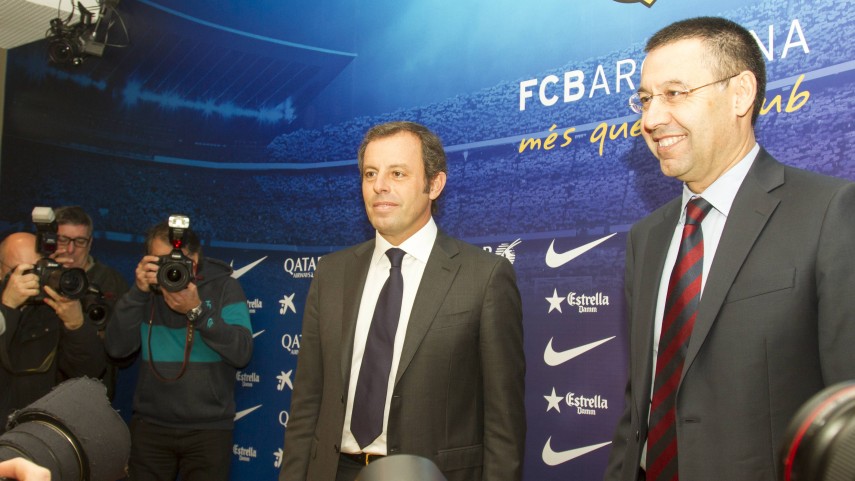 Sandro Rosell has submitted his resignation to the Board. He will be succeeded by the azulgrana's vice president.

After the extraordinary general meeting of FC Barcelona's Board, Sandro Rosell has submitted his "irrevocable" resignation as president of the club. The first vice president, Josep Maria Bartomeu, will assume the role of president until the end of the mandate in 2016.

"It has been an honour to serve the people at Barcelona. It has been a privilege to be president of FC Barcelona. I wish the new president the best and ask the members to give him all their support", stated Rosell.

Rosell, who arrived at the blaugrana in 2010 after a members' election, is leaving the post nearly four years later. During his mandate the team has won two Liga BBVA titles, one Copa del Rey, three Supercups of Spain, one UEFA Champions League, one Club World Cup and a UEFA Supercup.

His position will now be occupied by the first vice president. "Bartomeu will take over the presidency immediately and until the end of the mandate in 2016, as agreed by the Board", confirmed the ex-president.