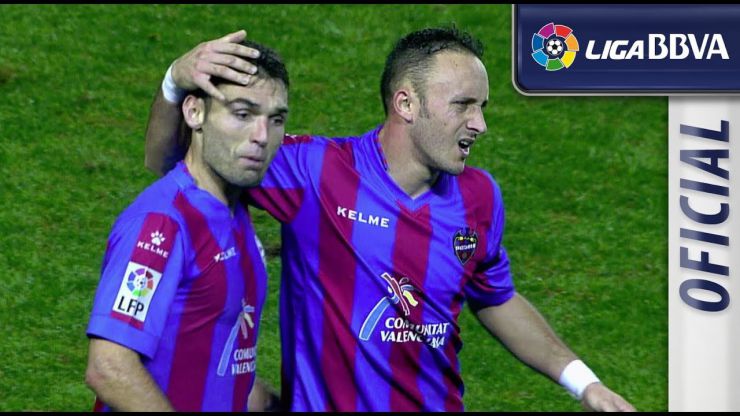 A goal by the Cadiz native was enough to beat a Málaga side that had the majority of the possession and a slew of good chances in the second half to level the tie.

Levante beat Málaga 1-0 during matchday 19 of the Liga BBVA. A David Barralgoal wrapped up all three points for the home team, which now climbs to mid table.

The Andalusian side had the majority of possession however the balance of play was quite even in terms of the number of chances created. Levante made the most of its dead ball situations and broke the deadlock when David Barral rose to meet a Andreas Ivanschitz with his head. After the goal, Bernd Schuster's men started to dominate the game but were unable to score before half time.

Málaga increased the tempo after the break and continually looked for an equaliser. Roque Santa Cruz, Duda and Eliseu all kept Keylor Navas busy on more than one occasion, but were unable to find the back of the net. In the end the visitors were unable to avoid defeat in the closing match of the first half of this season's LigaBBVA.