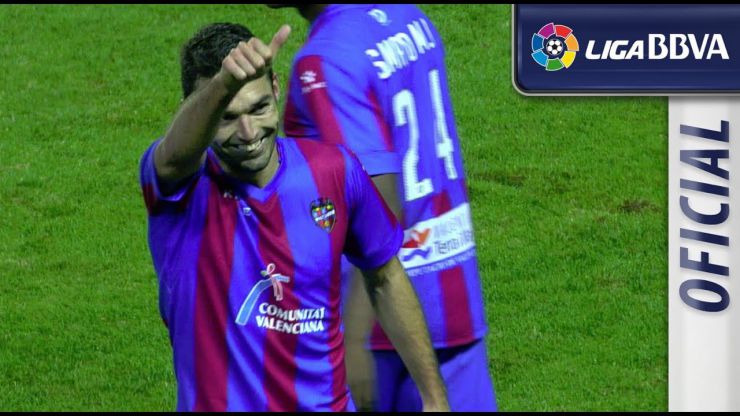 Barral bags a brace against Elche

Two goals from the forward gave Levante a 2-1 victory over Fran Escribá’s side, who went ahead but fell short in the final stages.

Levante UD beat Elche CF 2-1 in the opening game of the Liga BBVA matchday 16 fixture list. The Valencia outfit picked up its first win in five games against an Elche side that has now suffered back-to-back defeats.

The opening exchanges saw both teams trying to sound each other out. Neither side was able to make much of an impact although Elche looking the more dangerous in attack. A free kick taken by Edu Albacar in the 25th minute found Alberto Botía, which in turn led to Cristian Sapunaru dispatching a shot in the penalty box to open up the scoring. Just before the break, David Barral, who had come on for the injured 'Babá' Diawara, made an immediate impact by levelling the scoreline.

With no one able to properly control the ball, the second half got off to a very open-ended start with chances for both sides. As time went on Levante began to get more of a foothold on the encounter, which would decided with the next goal. And it was the home team that scored. David Barral popped up once again to give the Valencia side a valuable win that now sees them climb to tenth in the Liga BBVA with 20 points.