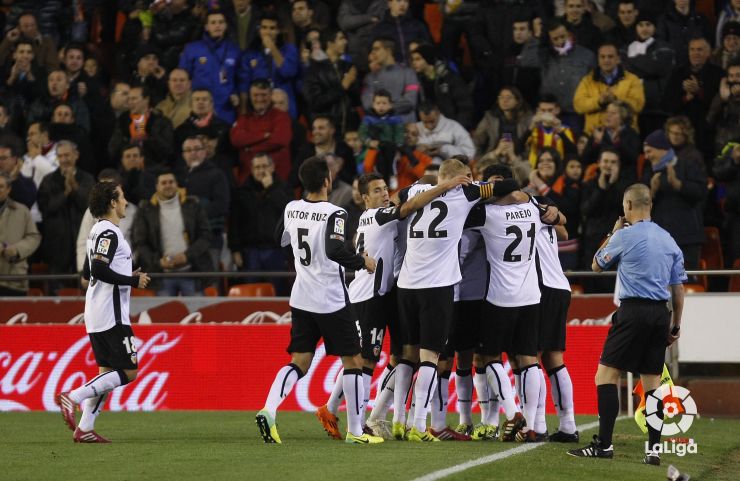 Barcelona's first defeat and a solid win for Valencia

Rayo Vallecano secured a draw at the death, whilst Sevilla took three points against Granada.

The 15th round of fixtures in Liga BBVA carried on this Sunday with some truly exciting encounters. Rayo Vallecano managed to sneak a draw at the death, whilst Sevilla FC, Valencia CF and Athletic Club all took three points in their respective matches.

A fantastic game of football opened up Sunday in Liga BBVA. Rayo Vallecano went to the Estadio Benito Villamarín to take on a Real Betis Balompié in need of points. At the end, goals from Antonio Amaya and Joan Verdú for the home side, and a double from Alberto Bueno for the Madrid outfit saw the points shared in Andalusia. It is a result which sees the Vallecas side climb out of the relegation zone.

The day's next game was between Granada CF and Sevilla, which ended with victory for Unai Emery's men thanks to strikes from Carlos Bacca and Kevin Gameiro. Yacine Brahimi scored from the penalty spot for the home side. For their part, Valencia also took three points against CA Osasuna, courtesy of a hat trick from Jonas Gonçalves.