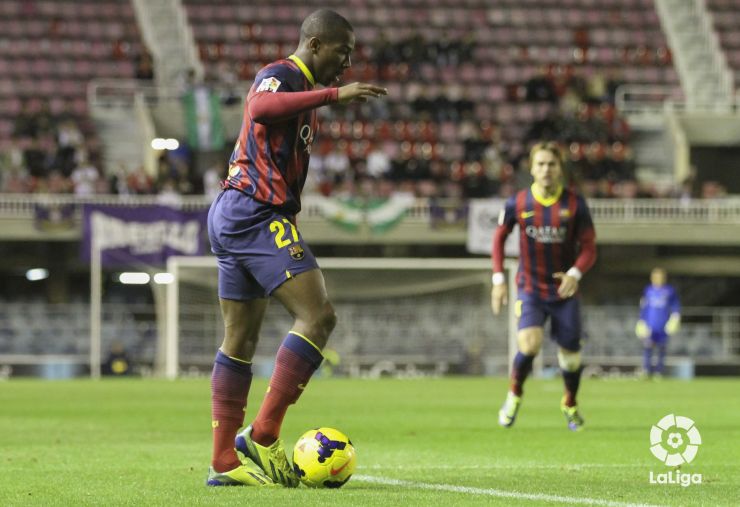 The Catalan side downed Benfica 0-3 to claim the first edition of the tournament.

FC Barcelona wrote the first chapter in the UEFA Youth League after winning the first edition of the tournament with a 0-3 victory over SL Benfica. Rodrigo Tarín and Munir El Haddadi, with a brace, sealed the win.

Nyon was the venue for the first final of the UEFA Youth League. The youth sides of Barcelona and Benfica met in the historic encounter and it was the Spanish side that came out on top, largely due to an excellent first half. El Haddadi cut in off the right flank and Tarín finished from close in to give the Catalan side the advantage after 10 minutes. The Portuguese side could have drawn level but Romario Baldé missed a penalty that might have changed the dynamic of the game before El Haddadi brilliantly made it 2-0.

Even thought the second half did not have the same tempo as the first, the Spaniards secured the win, El Haddadi again got on the scoresheet. With the game stretched, the player born in El Escorial capped his side’s performance with a shot that beat Thierry Garça from midfield. With this result, Jordi Vinyals side become the first side to win the tournament organised by UEFA.