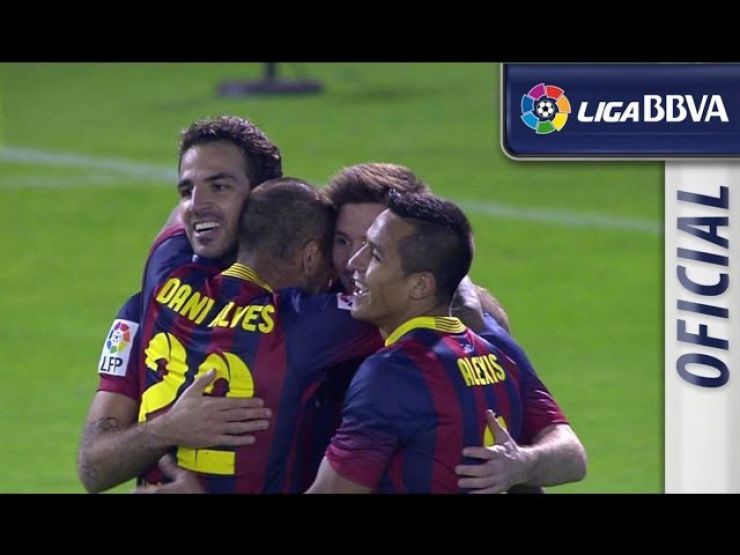 Barcelona take the points and carry on

Strikes from Alexis and Fàbregas sandwiched a Yoel own goal as the Catalan outfit defeated Celta, consolidating their place at the helm of Liga BBVA

FC Barcelona beat RC Celta de Vigo 0-3 in the 11th round of Liga BBVA fixtures. The Catalan side consolidate their place at the top of the table in a victory that was all the more satisfying given that the Galician side thumped Málaga CF 0-5 in their last outing.

The first half at the Balaídos saw fluent and exciting play with opportunities for both sides. Despite the visitors take an early lead through Alexis Sánchez, the home side went toe-to-toe with Barcelona and had their chances to equalise, the most notable opportunities being when Rafinha put his shot inches wide, before Víctor Valdés was forced into making a good save to keep his side ahead.

In the opening minutes of the second half ‘Tata’ Martino’s men were able to secure all three points. First, a Cesc Fàbregas shot rebounded off the bar straight onto goalkeeper Yoel’s back and into his own goal. After securing the second goal, the side from Catalonia turned on the style, and it was Fàbregas himself just a few minutes later who managed to seal the 0-3 victory to solidify his team’s place as league leaders.