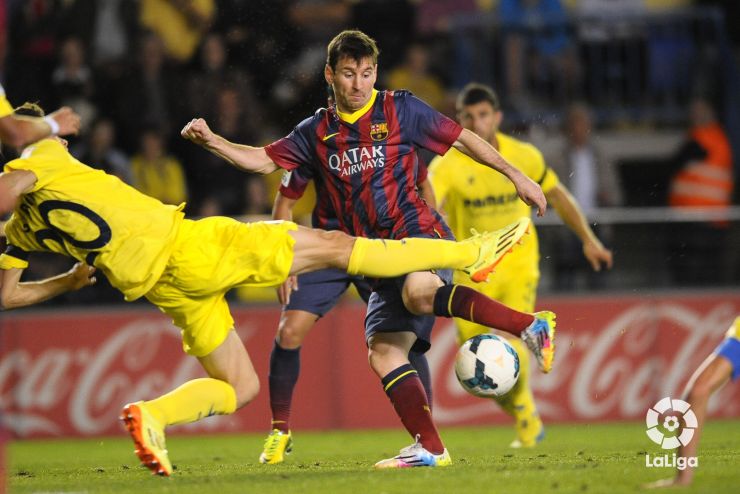 Barcelona still in the hunt

FC Barcelona came back from two goals down against Villarreal CF to win 3-2 on matchday 35 of the Liga BBVA in a thrilling clash that was rife with chances.

Two teams who play an attractive brand of football crossed paths in El Madrigal. Barcelona were looking to stay in the fight for first place and Villarreal to stay in contact with the European tussle. In an end-to-end first half it was the home team who took the lead thanks to a late goal from Cani from a Jonathan Pereira assist.

The excitement of the first half was followed by a second that was packed with chances. No sooner had the match restarted than Manu Trigueros doubled the home advantage, much to the delight of the home fans. However, the game took an unexpected turn when Gabriel Paulista and Mateo Musacchio  both found their own net and Lionel Messi put the finishing touches on a comeback to keep the azulgranas in the fight for the Liga BBVA title.