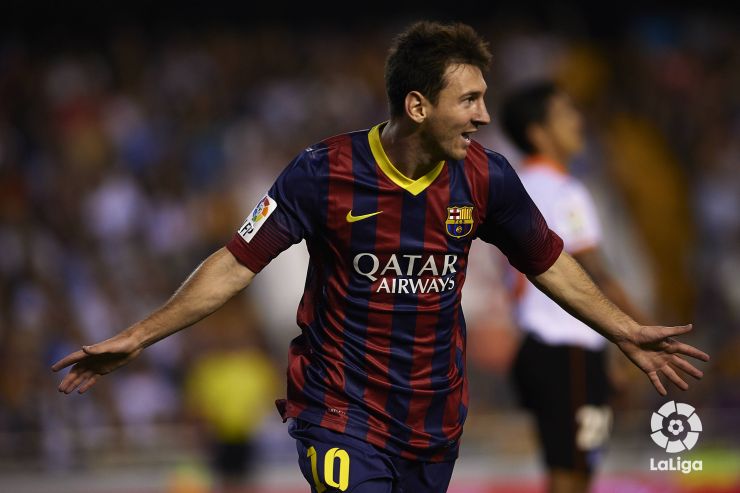 Barcelona stays in the fight

The Catalans are the new Liga BBVA leaders on goal difference, while Osasuna gets the only other win on a day with two draws.

All eyes were on Sunday's Liga BBVA encounter in the Ramón Sánchez Pizjuán where Barcelona had the chance to climb level on points with Atlético Madrid and Real Madrid at the top of the league.

Goals from Alexis Sánchez, Lionel Messi (two) and Cesc Fàbregas earned the blaugrana a 4-1 victory against Sevilla, a win that sees them reclaim the top spot in the table with a better goal difference than the teams from the Spanish capital.

Sunday's action also saw Osasuna pick up a valuable 2-0 win against Getafe to move to mid table with 25 points, the same amount of points as the South Madrid outfit. Elsewhere, Real Valladolid rescued a point against Elche thanks to Humberto Osorio, who bagged a brace after his side went behind 2-0. This result means that Valladolid know sits in 18th place in the league, while Elche is level on points with Getafe and Osasuna.

Finally, Keylor Navas was the hero for Levante between the sticks once again. The in form keeper kept Real Sociedad at bay to earn his team a point that keeps them mid table, while the Basque side remains in the fight for next season’s European places.