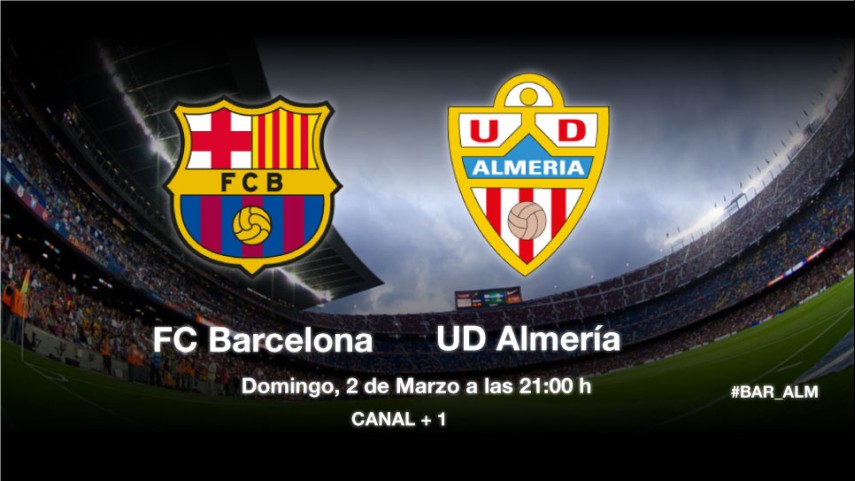 Barcelona puts its faith in the Camp Nou

The blaugrana are in search of a victory that will keep them in the fight for the title against an Almería who are hoping to move away from the relegation zone.

FC Barcelona hosts UD Almería in the Camp Nou in one of Sunday's 21:00 Liga BBVA matches.

The azulgranas are bidding to stay in the fight for the Liga BBVA title and they cannot afford any more stumbles. On a day on that brings together their direct rivals for the title, Gerardo Martino's men will be hoping for a result that will keep alive their titles hopes. The Argentinian showed no signs of worry about losing touch with the leaders after the defeat to Real Sociedad de Fútbol in the last game: "We are still in the title race but we have to win everything from now on in order to keep our chances alive". José Manuel Pinto and Gerard Piqué are Barcelona's most notable absentees.

For their part, Almería, who have looked at their best in the Estadio de los Juegos Mediterráneos, have not won on the road since December. Francisco Rodríguez will be without Fernando Soriano, Nelson and Marcelo Silva, all of whom are injured. The visiting manager was bullish before his visit to the blaugrana stadium, from which only Valencia CF have taken home three points; "we have to be very aggressive and mentally strong in the Camp Nou", adding that "we have to compete, make things difficult for them and stop them from scoring".