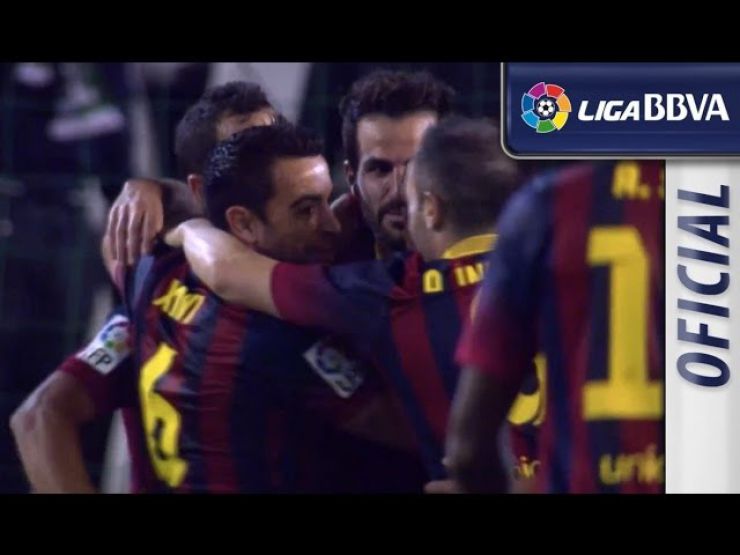 The leaders beat a brave Betis who were unfortunate in front of goal. The Andalusians have now played six matches without a win.

FC Barcelona filled their boots against Real Betis Balompié in the last game of matchday 13 of the Liga BBVA. This victory means the azulgranas pull away from the second-place team, while Betis continue to look up at the rest.

Pepe Mel’s men were very positive, asking questions of a Víctor Valdés who proved to be up to the task. It was the keeper who changed the flow of the match for the away team when he stopped a header from Juan Carlos. In the following two minutes Neymar, and then Pedro Rodríguez, had all but wrapped the match up.

In the second half, Betis took the reins again but, as in the first, they were a victim of their inability to beat Valdés. Barcelona were unforgiving and Cesc Fàbregas find the net twice more, despite the fact that Betis refused to back down, eventually finding a consolation goal from a penalty in the last minute.

The bad news for the leaders came after 20 minutes of play when Lionel Messi left the pitch with an injured biceps femoral in his left leg, according to a statement from FC Barcelona.