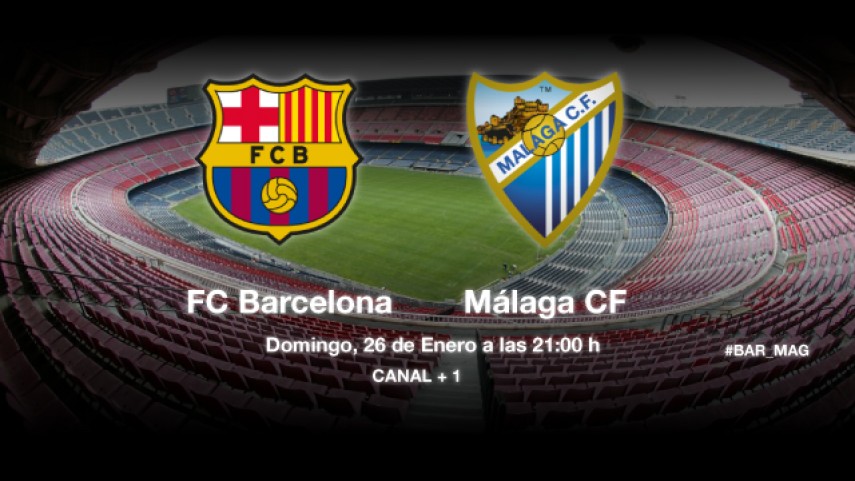 Barcelona looks to keep up

The Catalans look to maintain first place in the league against a Malaga side in need of points.

The Camp Nou will host its first game of the second half of the season when Barcelona takes on Malaga for matchday 21 of the Liga BBVA. The Andalusians will be looking to upset a Barcelona side that so far this season has been unplayable at home, where it is yet to drop any points.

The blaugrana won’t want to take this match for granted though as they need all three points if they are to remain top of the table. Gerardo Martino, who will be without Carles Puyol, Andrés Iniesta, Martín Montoya and Alex Song, is expecting a defensive-minded Malaga: "It will be an important match, with Malaga sitting deep, looking to counter attack. We will be looking to make the most of our chances". There was some good news for the Catalan club as Ibrahim Afellay was given the medical all-clear. The Dutchman has not played since 2012.

Meanwhile, Bernd Schuster’s men will be looking to beat Barcelona in order to put a run of three games without a win behind them, but they are up against a Barcelona side also in need of a win. "In this league you cannot afford to make mistakes. We will be well prepared", the German coach declared. José Manuel Casado comes back into the squad, however, Schuster will be without Weligton Oliveira, El Hamdaoui, Samu and Jesús Gámez.