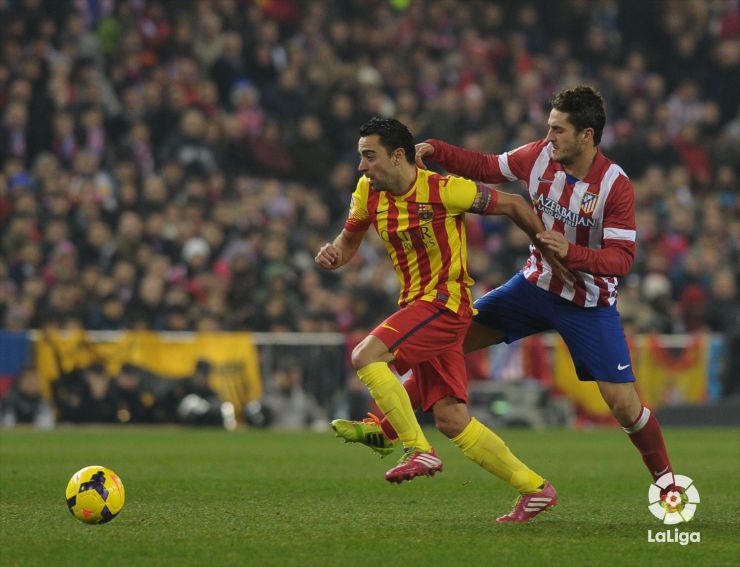 Barcelona lead after the first round of matches

The goalless draw in the most-anticipated match of the season so far between Barcelona and Atlético leaves the azulgranas at the peak of the table thanks to their goals scored.

Matchday 19 of the Liga BBVA brought with it a clash of the titans in the Estadio Vicente Calderón. Club Atlético de Madrid and FC Barcelona brought the equality they have demonstrated all season to the playing field and finished with a goalless draw that makes for a very tight top of the table. The result means that both teams finish the first round of matches with 50 points, but the azulgranas occupy the top spot thanks to a better goal difference.

The matchday also produced goal-fests in the first two matches. Granada CF's 4-0 rout over Real Valladolid CF on Friday left the Andalusian side in the middle of the table, while the team from Castile are in the dreaded relegation zone. The star of the match was José Recio, who found the net twice, bagging Granada's 700th Liga BBVA goal in the process.

And while there were plenty of goals in the Estadio Los Cármenes, the Estadio de San Mamés had even more to offer. Athletic Club started 2014 in front of its home fans with a 6-1 win over UD Almería, their best result at home since 1996. The rojiblancos onslaught means that Ernesto Valverde's team lie in fourth position while the Andalusians, despite the defeat, are still safe.

The Estadio de Balaídos witnessed its second home win of the season. Luis Enrique's men beat Valencia CF thanks to two second-half goals from Charles Dias, his first Liga BBVA brace. The victory means that the team from Vigo stay in the middle of the table while Juan Antonio Pizzi's men now have an uphill struggle if they want to finish in the European spots.

Saturday was closed out with a match between Elche CF and Sevilla FC. The match, which produced few chances early on, became increasingly lively as the clock ticked on. In the second half, Elche dominated the game, and they took the lead with nine minutes to spare. It was Cristian Herrero who put his team in front, but Daniel Carriço finished off a José Antonio Reyes cross in the dying breaths to seal the draw. The result leave's Unai Emery's team closer to the European places while Elche are now two points above the relegation zone.