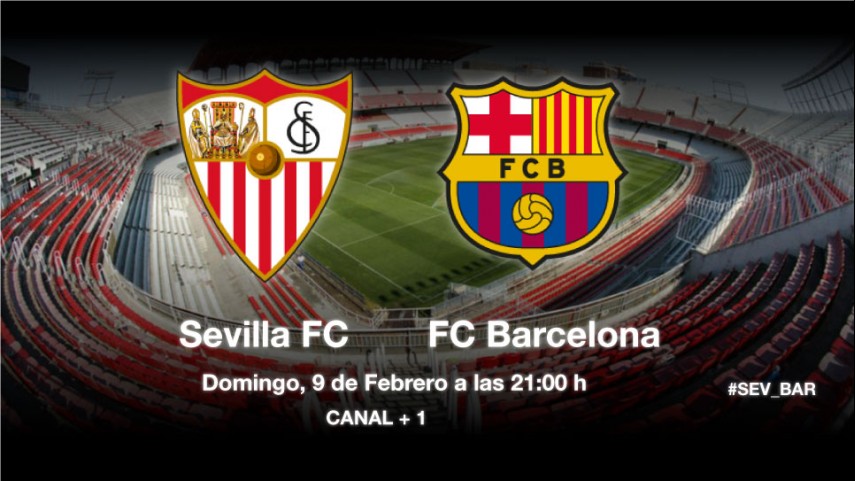 Barcelona hope to return to their best in Seville

Emery's men need a win, after two defeats in a row, to stay in the fight for Europe.

Sevilla FC host FC Barcelona in the Ramón Sánchez Pizjuán Stadium on matchday 23 of the Liga BBVA. The Andalusian side are five points from the European spots and bidding to end a bad run of results against the azulgrana, who are looking to get back to the top.

It will be a very important game for Unai Emery's side, who have only picked up five points from the last fifteen on offer. Sevilla, who currently lie in seventh position, need a little more luck if they are to stay in touch with the places that promise European football next season. Unai Emery will be without the suspended Coke Andújar, Stephane M'Bia, who is injured, and Marko Marin, who is unavailable for personal reasons. The Basque coach stated that he expects FC Barcelona to be on their game, "we have to expect the opponent to be at their best and make the most of anything we are able to produce against them".

They will be faced by Gerardo Martino's team, which has lost seven of the twelve points on offer in their last four trips in the Liga BBVA. Their latest defeat against Valencia CF toppled them from their perch at the top of the table and they will be looking to return to the peak in Seville. Martino will have to make do without Javier Mascherano and Jordi Alba, who are serving bans, and the injured Neymar. The Argentinian manager recognised that the Sánchez Pizjuán "is one of the most difficult places to visit because it is an intense team and they are strong at home". He also explained that "it will be a key match because it will influence the future, for better or worse".