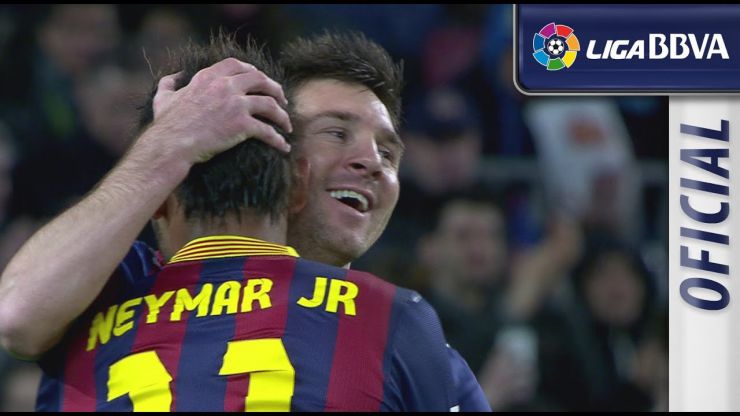 Two goals from Neymar and another from Messi gave the azulgranas a victory that will bolster their confidence in the fight for the leadership.

FC Barcelona beat RC Celta de Vigo 3-0 on Liga BBVA matchday 30. The result means that the azulgranas are still in the fight for the Liga BBVA title, while the celestes still have 33 points and have now recorded two consecutive defeats.

The Catalan side dominated the game and had numerous chances on goal that it made the most of from very early in the game. In the 6th minute Neymar put the finishing touches on a move from Alexis Sánchez to score the first goal of the match. After half an hour, Andrés Iniesta found Lionel Messi with a sublime ball and the Argentinian beat Yoel to make it 2-0 before the break. However, there was a sour note to the first half for the home side as Víctor Valdés had to leave the pitch with a knee injury.

After the restart, Celta could have cut the deficit with a double chance for Augusto Fernández and Santi Mina but the goalkeeper José Manuel Pinto was up to the task and prevented the visitors from scoring. Even so, Barcelona continued to control the match and Neymar made it 3-0 to give Gerardo Martino’s men the confidence they need to continue fighting for the Liga BBVA.