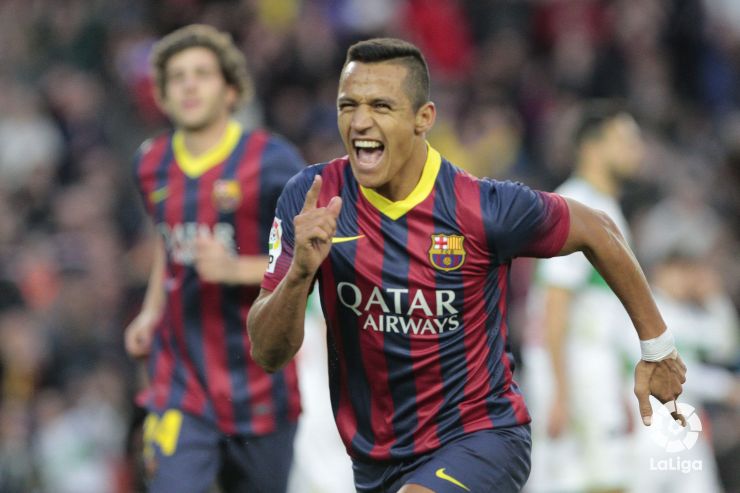 The Catalan side kept pace with Atlético in the title fight, as Real take the spoils in the Basque derby.

2014 started with the same intensity and excitement that 2013 finished with. The top of the table continues to be dominated by two teams, who game after game carry on fighting it out for the title: FC Barcelona and Club Atlético de Madrid. Not wanting to be outdone by the top, the bottom of the table is also full of excitement.

Sevilla FC opened Sunday with a win over Getafe CF, a result that sees them move up to sixth place, awaiting the result of the game between Villarreal CF and Rayo Vallecano on Monday. Unai Emery's side, who beat their record of scoring in nine consecutive league games, are now six games without defeat, confirming their good form over the last month.

In addition to the Estadio Sánchez Pizjuán, there was no shortage of goals at the Camp Nou. Barcelona downed Elche CF 4-0 thanks to a standout performance from Alexis Sánchez, who bagged a hat trick. With this win, and Atlético's on Saturday, the sides will meet in the next round of fixtures with the fight for the title more alive than ever.

CA Osasuna's narrow win over RCD Espanyol was secured by a solitary Álvaro Cejudo goal, before the Basque derby closed the day's play. In front of an incredible atmosphere, Antoine Griezmann opened the scoring with a crisp volley from outside the box. Then, on the stroke of full time, Rubén Pardo finished the game with a brilliant solo effort. With this important win, Real Sociedad finish the weekend in fifth place, one point behind Athletic in fourth.