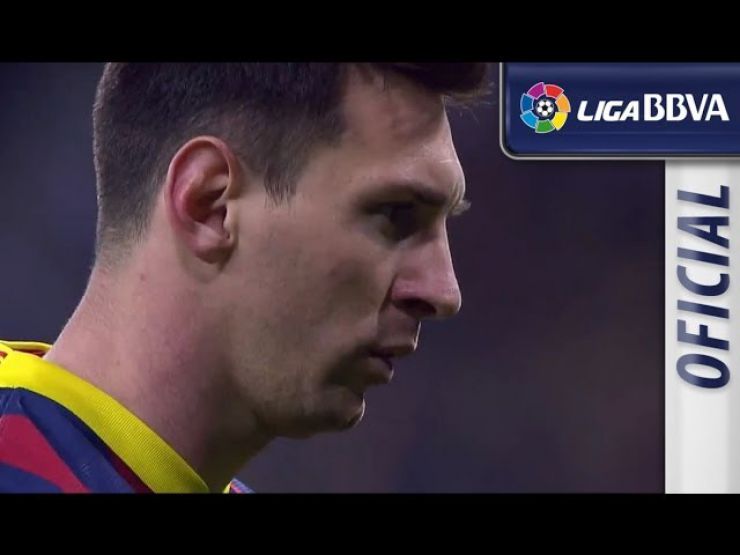 Barcelona close the gap in the Clásico

The blaugrana were victorious in the Bernabéu with a Messi hat-trick and a goal from Iniesta in a passionate, goal-filled Clásico.

They said it would be unforgettable and they were not wrong. Real Madrid CF and FC Barcelona produced a velocity, excitement and, above all, goal-packed match, in which the blaugrana came out on top (3-4) on Liga BBVA matchday 29.

Gerardo Martino's men arrived at the Santiago Bernabéu intent on demonstrating that their Liga BBVA campaign is far from over, and Andrés Iniesta’s goal after seven minutes of play did just that. But a confident and dazzling Madrid turned the match on its head thanks to the Di María-Benzema partnership. The Argentine twice put the ball on a plate and the Frenchman duly finished. Game on.

There was still time for another goal before the break, and it came from the visitors. Leo Messi turned up on cue to level the match in the 42nd minute after several passes in Diego López's area.

The break did little to dampen the intensity of the teams, who took to the pitch with even more desire for victory than in the first half. Two penalties, one for each team, increased both the scores and the drama. Cristiano Ronaldo and Messi were both clinical from 12 yards, adding to their personal accounts. But the Argentine had time to seal his hat-trick thanks to another penalty he put out of reach of the home keeper.