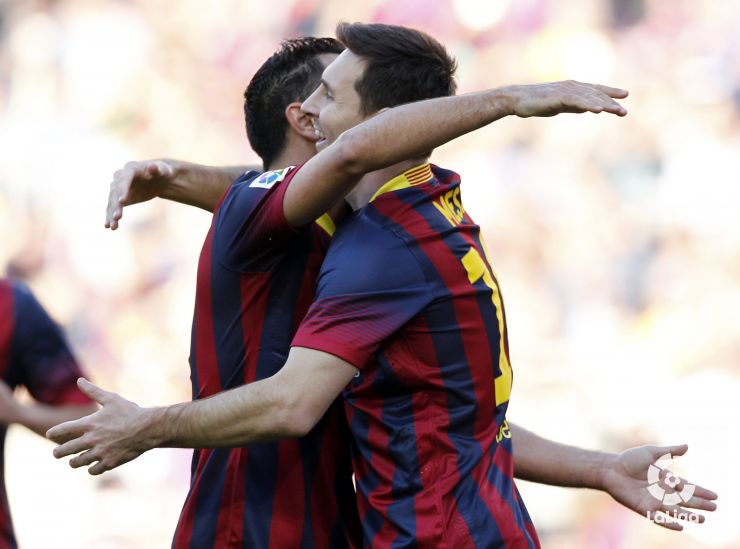 The Andalusians caused trouble for Tata Martino's side but were unable to convert their chances on goal at the Camp Nou.

The Camp Nou was the battle ground for two sides with a great deal at stake. While Barcelona were playing to stay in the fight for the Liga BBVA title, Betis needed a win to keep alive their bid for survival.

Gabriel Calderón's side went out to play without fear but in the 14th minute Lionel Messi put the azulgranas ahead when he converted a penalty following a foul by Jordi Figueras on Alexis Sánchez. It was the same Betis defender who made it 2-0 when an unfortunate play ended in an own goal.

The Seville team, far from being daunted by the scoreboard, continued to seek José Manuel Pinto's goal. Rubén Castro, after receiving a ball inside the box from Cedrick, beat the goalkeeper from Cadiz to add some excitement to the game. With four minutes to go, Antonio Adán saved a Messi penalty, but the Argentine gathered the rebound and sealed the match. Betis remain bottom of the table for another week, while Barcelona stay in second in the Liga BBVA.