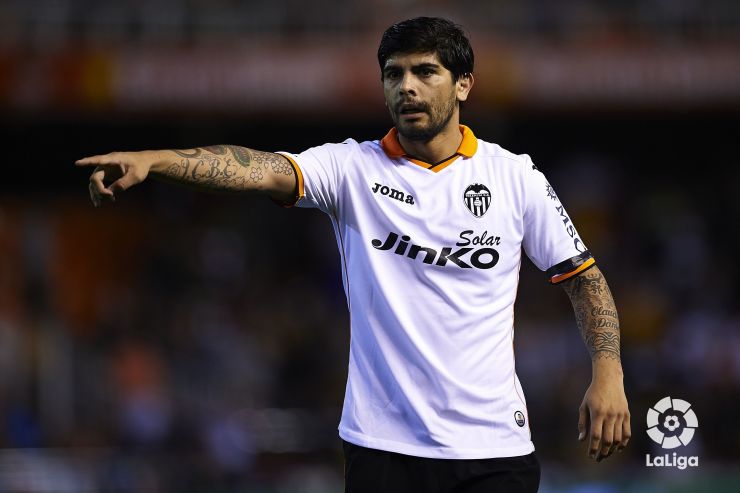 Banega, the new signing for Sevilla

The Argentine international, signed from Valencia, has been presented as the Seville club's new player.

Sevilla FC have officially announced the signing of Éver Banega on their website. The Argentinean will wear the red and white shirt and will be reunited with his former Valencia CF manager, Unai Emery.

Banega was presented on Tuesday alongside his new team-mate Deulofeu at the Ramón Sánchez-Pizjuán, where he expressed his gratitude to the Seville club: "It's a big opportunity for me; I want to work hard every day, earn my place and repay the trust that this club has placed in me".

The 26-year-old footballer arrived in the Liga BBVA in 2007 and, in his first year in Spain, he won the Copa del Rey. In his second season he went on loan to Club Atlético de Madrid and after 24 matches he returned to Valencia, where he has been a key player in the midfield.

In total, the Argentine international has played 160 games in the top flight of Spanish football, 134 of them with the Mestalla club. Banega could make his Sevilla debut against his old team, as they face each other on matchday one of the Liga BBVA.