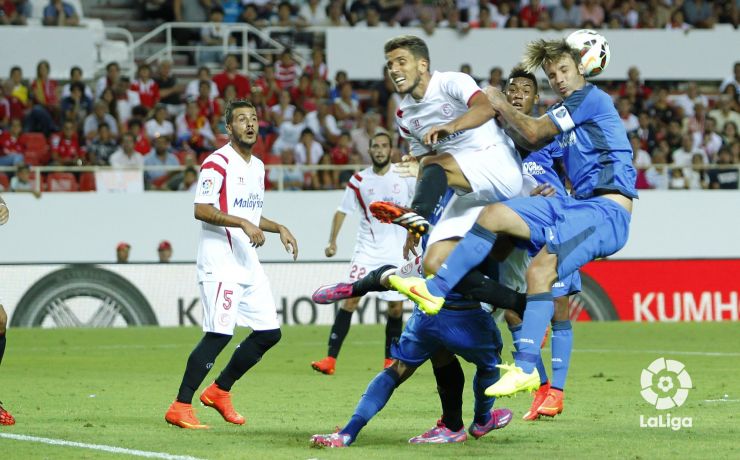 Bacca and Aleix seal the win against Getafe

Goals from the Colombian and the Catalan gave the Andalusian outfit the three points over the Madrid outfit.

Sevilla FC moved up to seven points after winning in the third round of Liga BBVA fixtures against a Getafe side who came close to levelling things up before conceding a second in the closing stages.

Sevilla started to dominate things from the off and created the game's best chances. After excellent defensive work, Cosmin Contra's men conceded a penalty, bringing down Krychowiak, and Colombian striker Carlos Bacca made no mistake from 12 yards on the stroke of half time.

The second half started as the first. Sevilla were looking for a second, although this time Getafe also produced some attacking football through Ángel Lafita and Pablo Sarabia. After soaking this up and seeing centre back Alexis Ruano go close, Aleix Vidal sealed the 2-0 win on the counter thanks to a Diogo Figueiras cross. Sevilla move up to third, while Getafe sit in 14th.