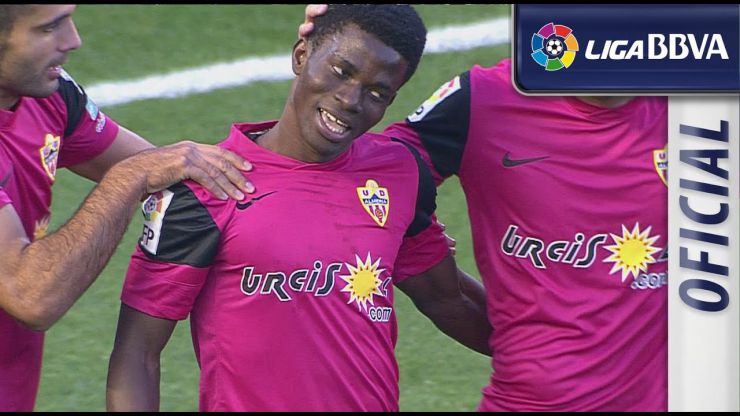 Azeez and Esteban put the brakes on Betis

Almería downed the Green and Whites 0-1 with a goal from the Nigerian and an outstanding display from the Asturian goalkeeper.

UD Almería defeated Real Betis Balompié 0-1 in the 17th round of Liga BBVA fixtures. Francisco's side ended 2013 on a winning note thanks to an early goal from Ramón Azeez and a breath-taking display by goalkeeper Esteban Suárez. Juan Carlos Garrido's men were unable to avoid clocking up their tenth match without a win, and remain bottom of the table.

The match started fantastically for the visitors. The match wasn't even four minutes old when Azeez opened the scoring with a long-range drive that took a deflection off Paulão. Despite conceding, Betis didn’t give up, and attacked with gusto. Only the visitor’s goalkeeper Esteban, with an extraordinary save from a rasping Juan Carlos Pérez effort, kept Almería ahead at the break.

Things remained the same following the break. The 38 year-old Esteban seemingly donned a superhero cape and gave an exhibition in reflex saves from Rubén Castro and Jorge Molina's efforts, and was the deciding factor in the visitors taking all three points away from the Estadio Benito Villamarín.