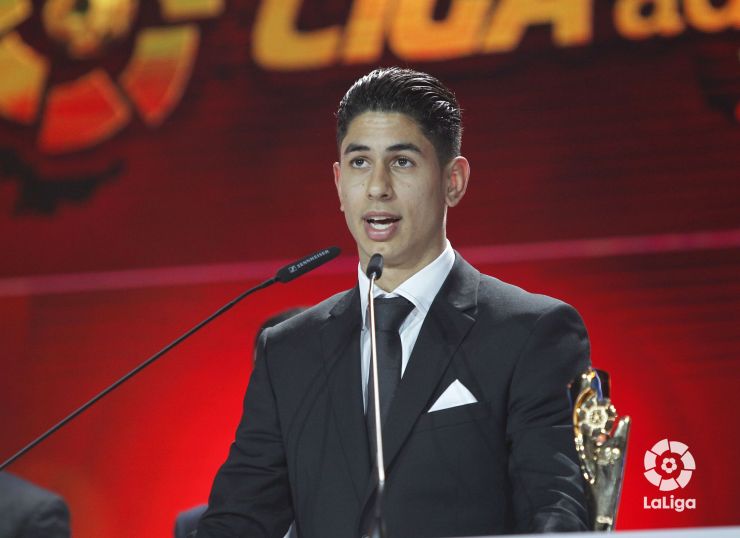 The Canary Islander was the surprise package of the Liga Adelante thanks to his magnificent season with Tenerife.

Ayoze Pérez has won the prize for the '2013-14 Liga Adelante Breakthrough Player' at the '2014 LFP Awards Ceremony'. The Canary Islander beat Jota Peleteiro (for his campaign with CD Lugo) and Pablo Insua (RC Deportivo) to the gong.

Ayoze Pérez's stats last season made the young striker the surprise package of the Liga Adelante. The ex-CD Tenerife player scored 16 of his team's 46 goals in the 36 matches he played in. He opened his account on matchday five against Real Madrid Castilla, and also scored three braces and a 'hat-trick' against SD Ponferradina.

The player, who now serves in the ranks of Newcastle United FC, learned his trade in the Tenerife academy. He joined the first team in the 2012-13 season although he did not play such a prominent role as last campaign, when he became a regular starter and helped the island team avoid relegation.

"I want to thank my ex teammates from Tenerife for this trophy. Without them it wouldn't have been possible. Also my family and especially my mum. Thanks to everyone", said the former CD Tenerife player.