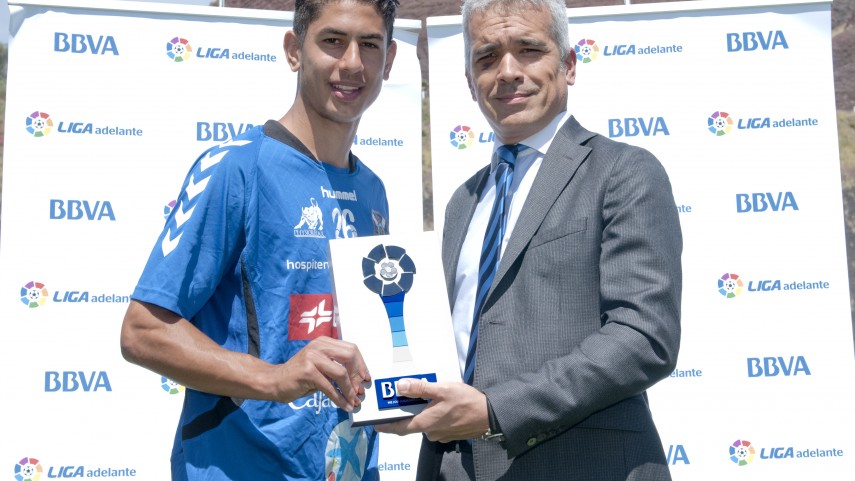 The Tenerife striker received the award for the best player in the division last month thanks to his performances and his eye for goal.

CD Tenerife striker Ayoze Pérez has been presented with the BBVA Award for the best Liga Adelante player in March, which is awarded by the Liga de Fútbol Profesional’s main sponsor.

The Island team's star player, with 16 goals so far this season, had a superb month in which he found the net four times, helping his team in the fight for the playoffs. His best game undoubtedly came on the 23rd of March, when he scored a hat-trick against SD Ponferradina (5-0) that brought pandemonium to the Heliodoro Rodríguez López stadium.

At just 20 years of age, Tenerife’s academy player is becoming one of the club's stars and he is currently third on the list of Liga Adelante goal-scorers. His goals have been critical to the recent surge of the team, who are dreaming of promotion to the Liga BBVA. His secret, as he has revealed previously, is sacrifice and hard work, but above all the trust his coach, Álvaro Cervera, has placed in him.