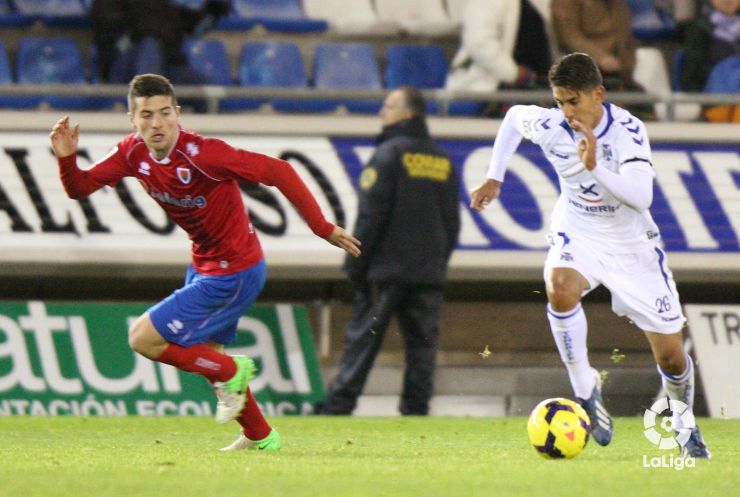 Ayoze and Goitia confirm their participation in 'Champions for Life'

The Tenerife forward and the Alavés keeper will clash in the East and West shirts, respectively.

The list of participants is getting longer as the 'Champions for Life' kick-off gets ever-nearer. On the 30th of December a host of footballers from the Liga BBVA and Liga Adelante will be in the Estadio Santiago Bernabéu. From the Segunda División José Manuel 'Manu' Rodríguez (CD Lugo), Yuri De Souza (SD Ponferradina) and Manuel Pablo (RC Deportivo de La Coruña) had already confirmed their attendance. This time it is the turn of a striker and a keeper, Ayoze Pérez and Iñaki Goitia, a couple of the biggest names in their teams and in the division.

The former has become CD Tenerife's star this season. His pace and eye for goal have helped the young gun from the Tenerife youth academy to find the net seven times in 18 matches, no mean feat in a division as competitive as the Liga Adelante.

Iñaki Goitia, for his part, has not missed a minute of the 18 matches and his experience is invaluable to Deportivo Alavés, who signed him in the summer to strengthen the squad on its return to the Liga Adelante after four years.

* Click here to find out all of the information on how to get your tickets for the match.

* Click here to find out all of the information on how to get your tickets for the match.
© LaLiga - 2013