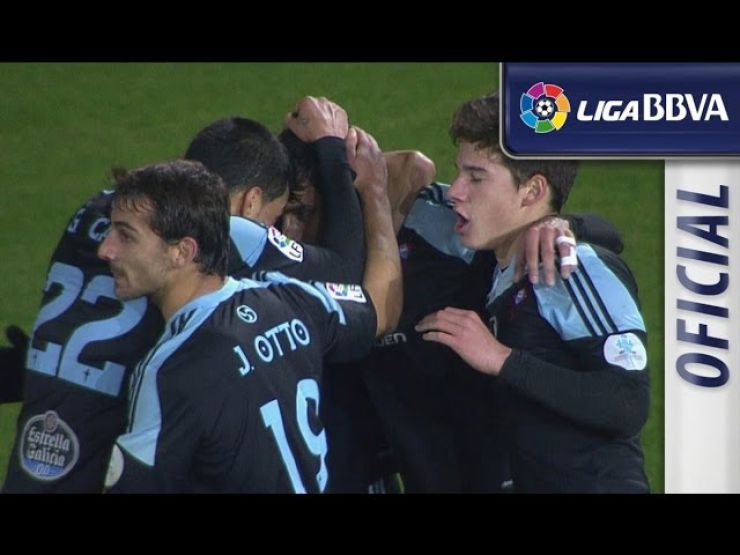 Celta beat a determined Granada 1-2 thanks to a late goal from the Argentinian midfielder.

RC Celta de Vigo beat Granada CF 1-2 in the opening game of Liga BBVA matchday 22. With goals from Gustavo Cabral and Augusto Fernández, the latter in the dying minutes, the team from Vigo clinched an important victory that means it provisionally climbs up to eleventh position.

In a very lively first half, Granada’s first warning shot came from Yacine Brahimi, but Yoel Rodríguez was comfortably up to the task. However, it was Celta who opened the scoring after 28 minutes with a header from Cabral after a precise Rafinha cross from the left wing. Before going into the tunnel, though, the home side levelled with another sound header, this time from Youssef El-Arabi.

Both sides went all out to tip the balance in their favour, but it was the Galician outfit who ended up reaping the rewards for their efforts. In the 89th minute, Augusto Fernández latched on to a botched clearance from Roberto Fernández and put the ball in the back of the net to give Celta the three points.