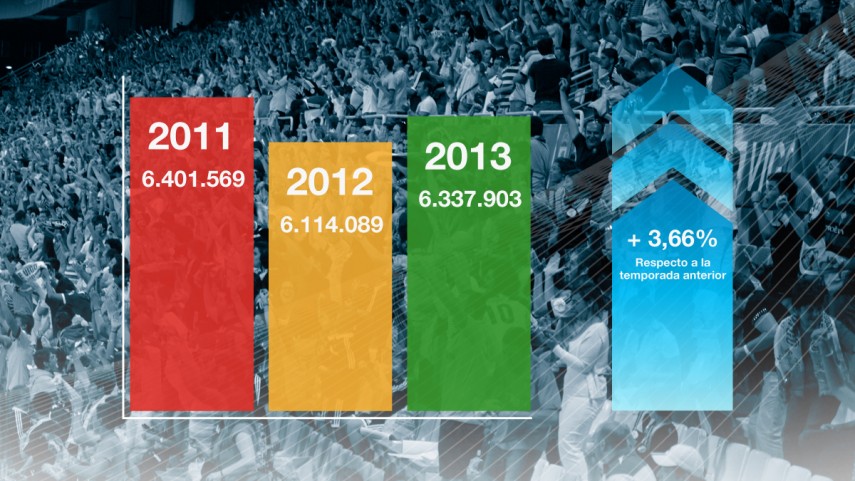 Attendance up at LFP stadiums

There was an increase of 223,814 spectators during the first round of Liga BBVA and Liga Adelante matches.

The data collected on match attendance from the first half of the season has now been published. The statistics are positive as they show that fans continue to respond. In total, there was a 3.66% increase in the number of spectators at matches compared to the 2012/13 season.

Specifically, 6,337,903 supporters have cheered on their team from the stands, in a demonstration of the unconditional support of the fans. The official data indicates that there were 223,814 more attendees than for the same period last season.

The public has responded by attending Liga BBVA and Liga Adelante matches live and the trend is positive.